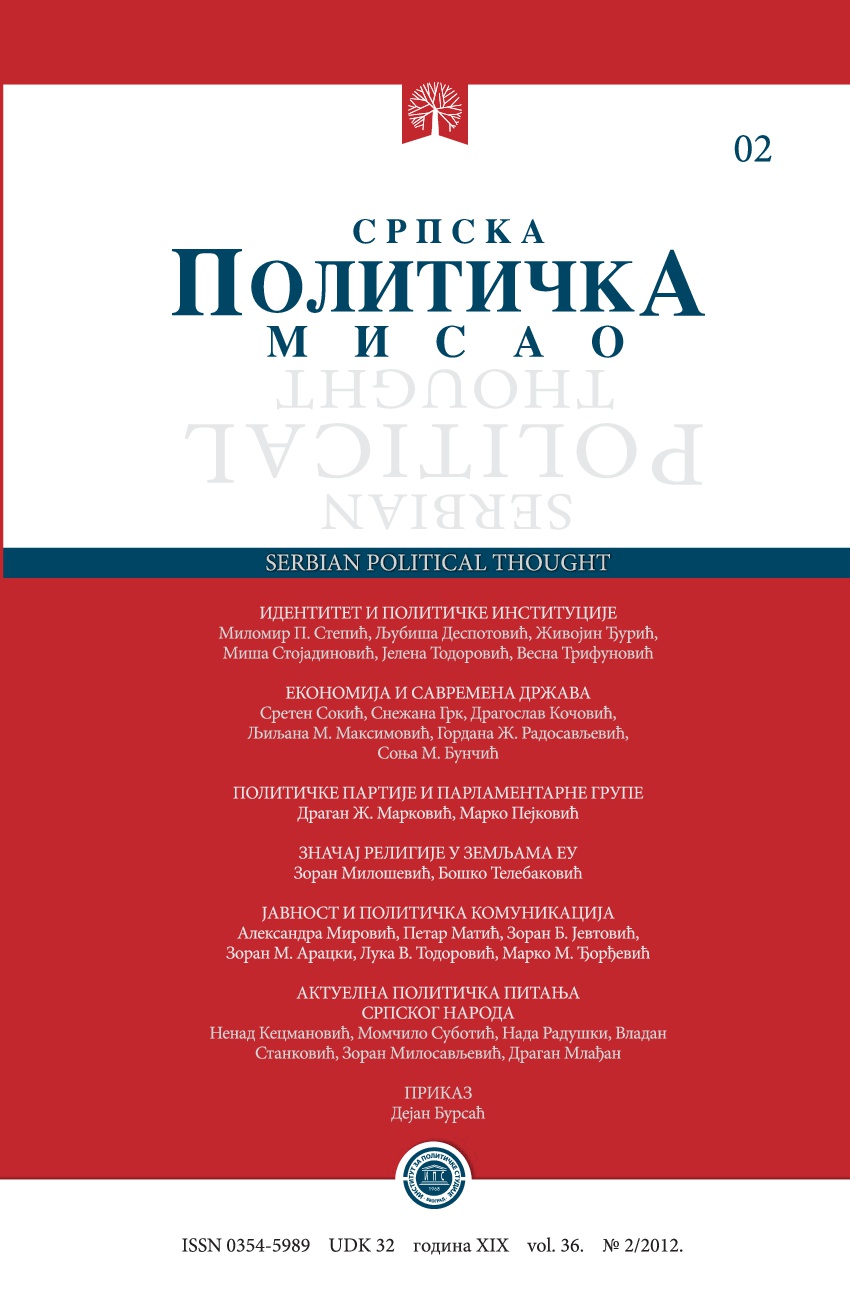 Summary/Abstract: The paper is dedicated to the analysis of a significant element of the Serbian national identity – geopolitical identity. Starting from the essential bond between the people and the area it inhabits, the author discussed the Serbian (self)cognition in the context of the primary symbolic duality of the Land and the See. According to that, the essential Serbian sacral-geographic identity is integral, but it has in time became dominantly terrestrial due to the persecution and the violent deSerbization at the coast. That produced the modern Serbian geopolitical identity of the Land power. But, in the context of rivalry of the continental (Eurasian) and naval (Atlantic) powers, the Serbian lands are placed within the zone of their rivalry for the global primate. That fact is of crucial influence to the defining of the modern Serbian geopolitical identity. The aim of the paper is to study not only its characteristics and structural properties, but the endeavor of the Euro-Atlantic circle of preponderance/power to convert it and adjust it to its geopolitical code of the Sea powers. The destructive consequences of that process are the subject of the concluding remarks in this paper.