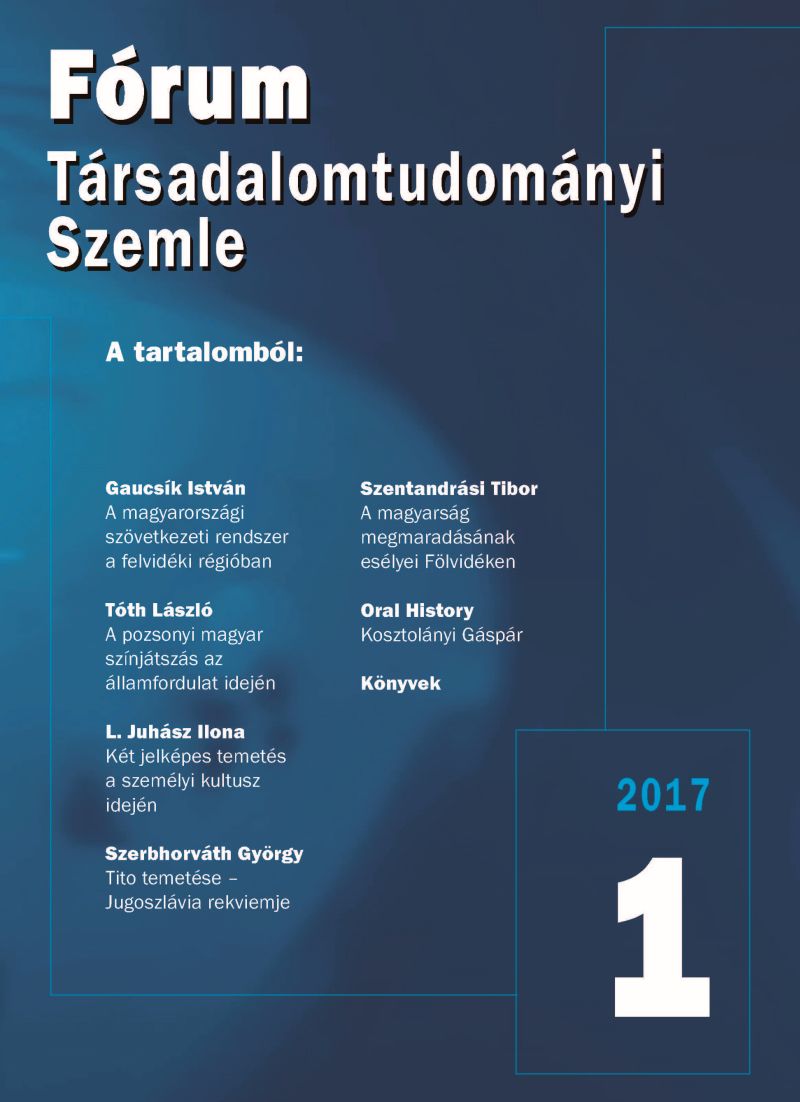 Summary/Abstract: Among the key links of the 19th century Hungarian cooperative system belonged the cooperatives in the Upper Hungarian Slovak region, many of which either operated in ethnic blocks or in Slovak-Hungarian-German contact zones. The regional and urban associations undertaking self-help and self-promoter profile played an important role, and from 1898 especially those cooperative structures which were set up on a top-down basis, with the aim of modernization (Hungarian National Credit Cooperative, Hangya-Consumer and Marketing Cooperative of the Hungarian Landowners' Association). These credit unions and consumer cooperatives were of great importance for the majority's and the minorities' political elites who were thus developing national societies which constituted communication channels towards farmers, among them especially the landowners. Through this channel they could, on the one hand, carry out such tasks as society organization and social politics, and, on the other hand, they could mobilize and politically activate the membership for national issues. For their existential weight and prestige in the regions they operated in, they had a middle-class creating function. This study is devoted to the integration and market expansion strategies of and the networks set up by the Hungarian National Credit Cooperative and the Hangya Cooperative. It also pays attention to the Slovak national cooperative policy objectives intensifying from the end of the 19th century, which confronted the Hungarian cooperative plans on the eve of World War I.