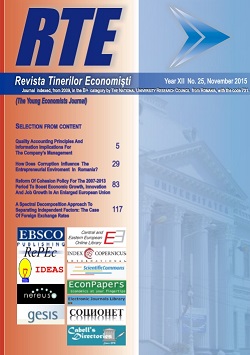 Summary/Abstract: An analysis of cohesion policy of the EU over the four legislative periods reveals that "In the Union, we have a third policy which is part of our economic growth armory and which provides us with a balancing factor: Cohesion Policy ". The aim of Regional and Economic, Social and Territorial Cohesion policy is to reduce disparities constantly occurring due to economic growth and to support slower-growing regions, in order to overcome economic hardships caused by economic delay. To highlight the achievements of the policy conducted by the EU since 1989 until 2013 it is necessary to analyze the population coverage of Structural and Cohesion Funds, areas of intervention of Structural and Cohesion Funds and the results obtained.