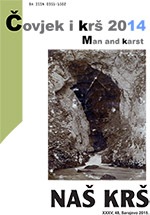 Summary/Abstract: The Red List of fauna of the Federation of Bosnia and Herzegovina was first made as a report, and later as part of the legal obligations under the publication in the Official Gazette of the Federation of Bosnia and Herzegovina. According to the authors, all of them from the Faculty of Sciences University of Sarajevo, the Red List contains only 18 bat species. They wrote this report in 2013 using the literature which dates from the early 20th century. At the time of writing their report, for Bosnia and Herzegovina was known 28 species. That only shows that the authors of the Red List does not know absolutely nothing about the recent research of bats in BiH, or the published articles from the region, in which were processed the species of BiH.