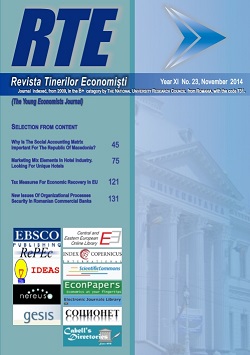 Summary/Abstract: Even though until now there does not exist a concrete economic theory stating that there is a link between trade and economic growth, some researchers have in fact found some evidences that underline a positive effect of trade in economic growth of a certain country. The aim of this study is to observe the case of Balkan countries, if there exist a positive relationship between trade and economic growth. The methodology used in this research is the estimation of panel data for years 1990 until 2013. Trade is measured by foreign direct investment, exchange rate and import-export. Contrary to the expectations, this study showed that there exists negative effect of trade on the economic growth for the case of Balkan countries.