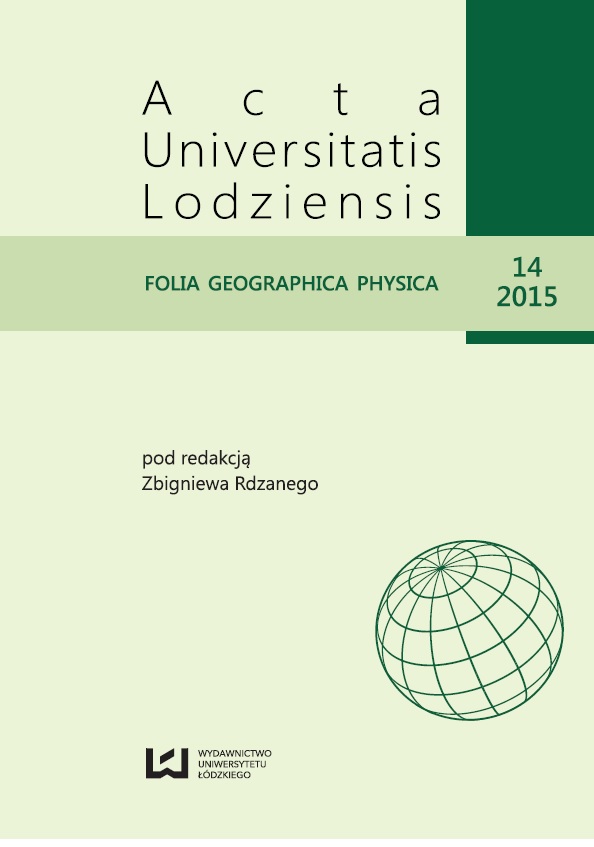 Summary/Abstract: In the years 2012–2015, the authors collected new geomorphological and geological data on the borderline between the Kalisz and the Turek Upland Plains, which allow to make the understanding of the origin and age of the landscape forms more complete. It was established that most convex glacigenic forms which constitute the so called Kalisz zone originated in the several-kilometre-wide edge belt of the Wartanian ice sheet. It was probably the result of a short-term activation of the ice-sheet and rapid deglaciation in the post-maximal episode of the Wartanian glaciation, which was called the Bzura sub-phase in this region. At the same time, the authors reject the possibility of transgression to this area of the Leszno phase ice sheet of the Vistulian glaciation.It was found that the course of glacial processes was influenced by morphological and lithological features as well as the dynamics of the bedrock, including seismic shocks. The structure of the analysed forms consists mainly of sediments of alluvial fans and glacifluvial braided rivers. Some sediments are deformed – in the largest degree by glacial tectonic disturbances sensu lato. In the near-surface zone, local paraglacial and periglacial disturbances also occur. The structure of most convex forms is characteristic of diapiric glacifluvial kames. The largest forms are usually complex both in terms of age and lithofacial features, and assigning them explicitly with a narrow genetic category (e.g. diapiric kame, push moraine or dead-ice moraine) may be an oversimplification.