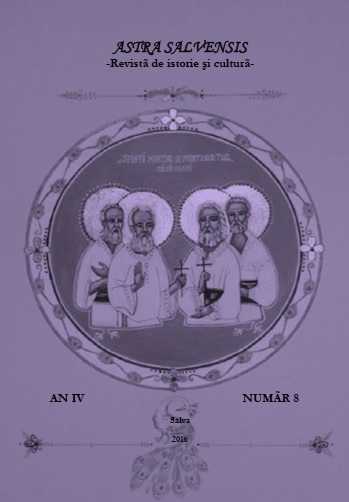 Summary/Abstract: During the First World War the Romanian society has undergone an accelerated process of transformation. The initial position of the Romanian clergy in the territories of Austria-Hungary was one of fidelity to the king, while politicians started talks with leaders in Bucharest and in other European capitals. In 1916, Romania‟s entry into war on the Entente side and the death of the Emperor were radical changes. This is demonstrated by the turmoil the higher Romanian clergy and Romanian society were going through. The events of 1916 clearly mark the crisis of the dynastic loyalism, which in 1917 made the church not to act so much in a spirit of dynastic loyalty and devote more to the social activity, helping wounded soldiers and widows.