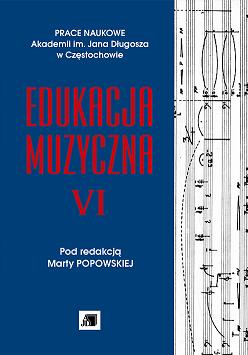 Summary/Abstract: In the 70s Edward Bogusławski was interested in the open form and aleatorism. It was connected with his leave for Vienna and studies with Roman Haubenstock-Ramati, the composer fascinated with the possibilities of new forms, the creator of numerous graphical compositions. The cooperation resulted in the idea of using an open form in which an incident plays a crucial role and a performer has influence on a final shape of the work being performed. Aleatorism in works by Bogusławski, who highly appreciates Witold Lutosławski’s workshop achievements, refers to rhythm and time courses and also applies to the selection of order of implementation of individual musical segments. The incident does not, however, apply to sound material that is thoroughly selected by the creator himself. The idea of the open form was implemented by Bogusławski in the field of solo and chamber music. In solo works (for example: Per pianoforte, Five Pictures for flute solo) the order of performance of individual parts depends entirely on a performer’s imagination and creativity. In chamber works (for example: Musica per Ensemble MW2 and Aria for flute, cello and 2 pianos), apart from changeable form, numerous tones and sonoristic sound phenomena were used, amongst the others, whispers obtained when blowing a flute and opening an inlet gap at the same time, glissandos, sharp sounds obtained by pressing a string with a bow, preparation of a piano obtained by touching strings with metal chain with circular movement.