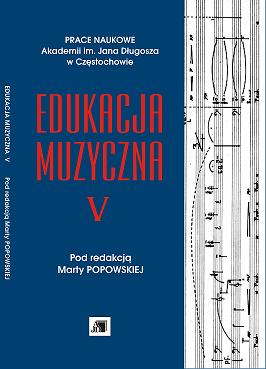 Summary/Abstract: Rock Musicians’ Festival, organized in Jarocin since 1980, takes its origin in the two earlier drafts. The first was the Greater Poland’s Rhythms of the Youth, a local event organized every year in Jarocin through the decade of the 70 century. The second was the Music of Young Generation, a series of events taking place throughout the country, which began performances in Sopot in 1978, aimed at promoting a new trend in Polish music and entertainment. After Greater Poland’s Rhythms of the Youth the Jarocin festival inherited organizational base, the formula of the event, and trust of local authorities. By dint of the Music of Young Generation the Jarocin Festival has gained nationwide fame and Walter Cheástowski’s care. The festival consisted of invited guests and contest of the rival teams. Within 10 years, it’s face was subject to numerous changes. The duration and the formula of the event was changing, the popularity of the festival was different. Finally – at different times different style dominated the presented works. Initially, it was the Music of Young Generation (1980–1982). Later, punk music was on the top (1983–1985). In the third period, there was no single “the most important” musical genre. Lighter sounds dominated, including dance music. Thanks to “Jarocin” a lot of teams won the audience a, and started to be important stars of polish music. Many of these groups are recording and performing today. Rock Musicians’ Festival worked under conditions in which its shape and existance had to be affected by politics. This applied even to the content of the presented works. Many artists had to deal with the problem of censorship. In Jarocin that was not particularly difficult. Officials were easy to trick, and the festival had the reputation of “an oasis of freedom”. Why did it happen? The theory that says that “Jarocin” was a “safety valve”, controlled by the authorities, is as well popular as the opposite view, saying the attempts to control took place only after several years of the festival. Festival of rock musicians in Jarocin was undoubtedly a remarkable event in PRL. It was a window on incoming trends from the west, colorful springboard from the daily monotony, and an experience common to a generation of Polish youth.