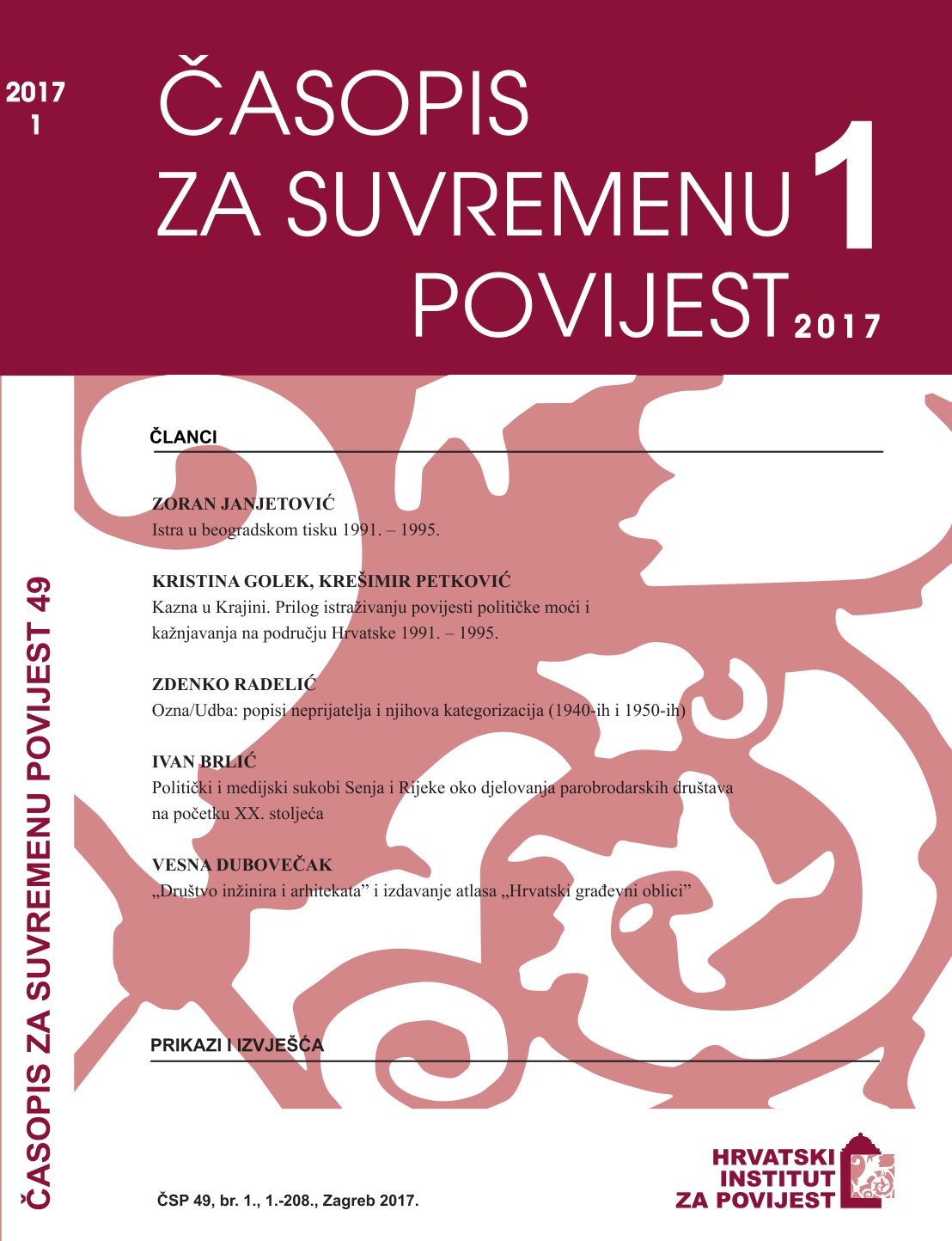 Summary/Abstract: Since the late 19th century was marked by active efforts to register various Croatian professional terminology and terminology from everyday life in ru-ral Croatia, in mid-1884 members of the Croatian professional association of engineers and architects, following a proposal by Nikola Kolar, began collec-ting Croatian construction forms i.e. examples of traditional Croatian rural architecture on the territory of the Triune Kingdom of Croatia, Slavonia and Dalmatia. The most active collectors were Josip Doljak, Martin Pilar, and Jan-ko Holjac, whose drawings of traditional architecture became the framework for an atlas that the association published only some 20 years later. The atlas Croatian Construction Forms (1904 – 1909) was published in five volumes of ten folios each and contained examples of traditional architecture from the Triune Kingdom of Croatia, Slavonia and Dalmatia within the borders of the Austro-Hungarian Monarchy, while the final volume of the atlas also described a traditional house in Istria. Even though there was pressure from Vienna to publish descriptions of rural houses in Dalmatia among those of the Austrian lands, and those of houses in Slavonia under a special Slavonian coat of arms and under the patronage of the Austrian Society of Engineers and Architects, Janko Holjac and the other members of the Society of Engineers and Archi-tects in Slavonia and Croatia refused to allow this even if it meant the atlas would never be published. Mostly due to a lack of funds and a lack of examples of traditional architecture from all the counties, the atlas was published over a longer period of time. In order to acquaint as many people as possible with the architectural traditions of rural Croatia, the Society decided to simultaneously publish a German edition of the atlas under the title Das Bauernhaus in Kroati-en (Kroatische Bauformen) – Atlas. The architect Martin Pilar wrote an accom-panying book in German, entitled Das Bauernhaus in Kroatien (1911), but the Croatian translation of this book was never published due to a lack of funds.