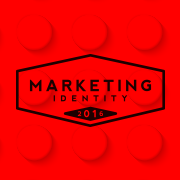 Summary/Abstract: Building a positive image of an industry is of great importance when it comes to fulfilling any of its planned objectives as well as achieving results. The mining industry is one of the key industries in the Polish economy and the most important one for the Upper Silesian region (the most industrialized region in Poland). The industry’s image in the eyes of the participants of the communication is deeply associated with social trust. Social trust with which the environment endows the industry and which releases the mutuality of this relationship. Consequently, the image builds loyalty which is one of the main forces driving the social-economic system for companies associated with the industry both directly and indirectly. Electronic communication has an increasing impact on shaping of this image –mainly due to the increasing, and often dominating, role of social media in the nowadays world. That is why the article authors present the results of the blog post analysis for the crisis year 2015. They aim to utilize such results to identify the image of the mining industry and also strive to identify the influence of the blog discourse on the above mentioned image. The statements of journalists, public figures, bloggers-miners were analyzed, as well as the comments beneath the posts, which give acertain insight into the way mining is perceived by the citizens as well as into the social reception of the industry in the crisis period of 01.01.2015 – 30.06.2015.