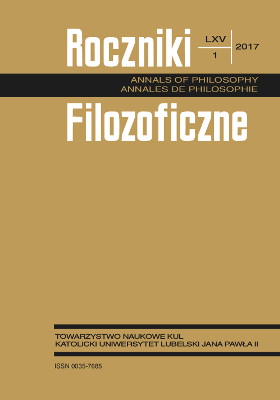 Summary/Abstract: This article interprets Eckhart’s contradictions by presenting them as a result of an existential search for salvific power. It is shown that power is ambivalent in nature: it is the power of what is and the power of (self)overcoming (of what is). Just because power is in itself ambivalent and the process of searching for it existentialist (so not completely conscious), Eckhart’s mystical texts are full of contradictions and the German mystic is apparently not aware of it. The sample of them is shown in this article with regard to his ideas on God and man. Three other interpretations of Eckhart’s (“apophatic,” “educational,” “methodological”) are presented and argued against.