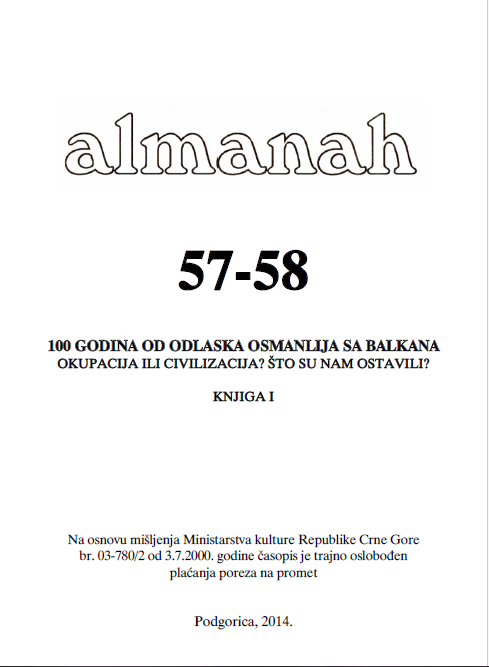 Summary/Abstract: There is a real assumption that Dervishes came to our lands before the Ottomans did, and simultaneously with the expansion of the Ottoman state and civilization (end of XIV and the beginning XV century) had a big role in the development of Islamic and Oriental cultural flow and the comprehensive process of formation of the first urban habitats. The Dervishes have a long tradition in Sandžak. The first information about Dervishes and their tariqas were brought by the Sufi nucleuses in certain centers on the Balkan Peninsula (Sofia, Salonika, Skopje, Tetovo, Prizren, Đakovica, Mostar, Sarajevo, Belgrade, Užice etc). The appearance of the Naqshbandi, Havleti, Qaderi, Rufai, Bektashi, Mevlevi, Hamzevi and other orders initiated the strengthening of the whole religious atmosphere among certain populations, making a special accent on a new, ascetic way of life. Sandžak became a solid terrain for the expansion of such a new civilizational trend-the world of Sufism which had a huge impact for a long time afterwards. The work is made on basis of researches made on original archive material, authentic records from the terrain, available literature and unpublished collections of certain Dervish doyens in Novi Pazar, Rožaje, Bijelo Polje, Pljevlja, Priboj, Prijepolje, Sjenica and some rural locations. The strong influence of Sufism was spreading through Sandžak from Ottoman Užice where many great poets and ulemas originated. Leaders of various Dervish tariqas in Sandžak have left significant resources of prose with theological, philosophical and mystical content which are of invaluable price for researching history and culture of living of the populace of Dervishes in our countries.