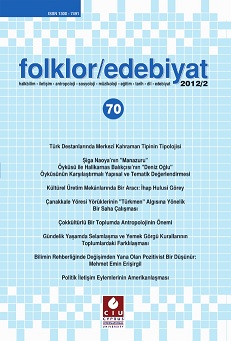 Summary/Abstract: In this research, the features of military alliances established in Cyprus in order to provide security have been examined. Therefore, the main purpose of this research is to display how a ‘viable’ system of guardianship could be created and what the related principles of this will be. While inter-communities talks continue, Greek Cypriots, as their primary goal, want to abolish Turkey’s guardianship or to at least disable it by reconstituting it. For this purpose, Greek Cypriots are against Turkish troops remaining on the island and Turkey having the right to unilateral intervention even if guardianship is maintained. They either want intervention to only be decided upon either by the UN Security Council, the OSCE, NATO or the EU or they either desire a multinational system of guardianship. On the other hand, Turks defend Turkey’s active and de facto guardianship. In particular, what active guarantee means is the continuation of the right to ‘unilateral’ intervention, while de facto guarantee is providing ‘Turkish troops’ on the island in numbers which are enough to meet the security requirements of the Turkish nation. Based on this reality, this research is composed of two main sections. In the first section, the hypothetical importance of military alliances has been expressed. In the second and final section, the features of the Treaties of Guarantee and Alliance in Cyprus have been examined.