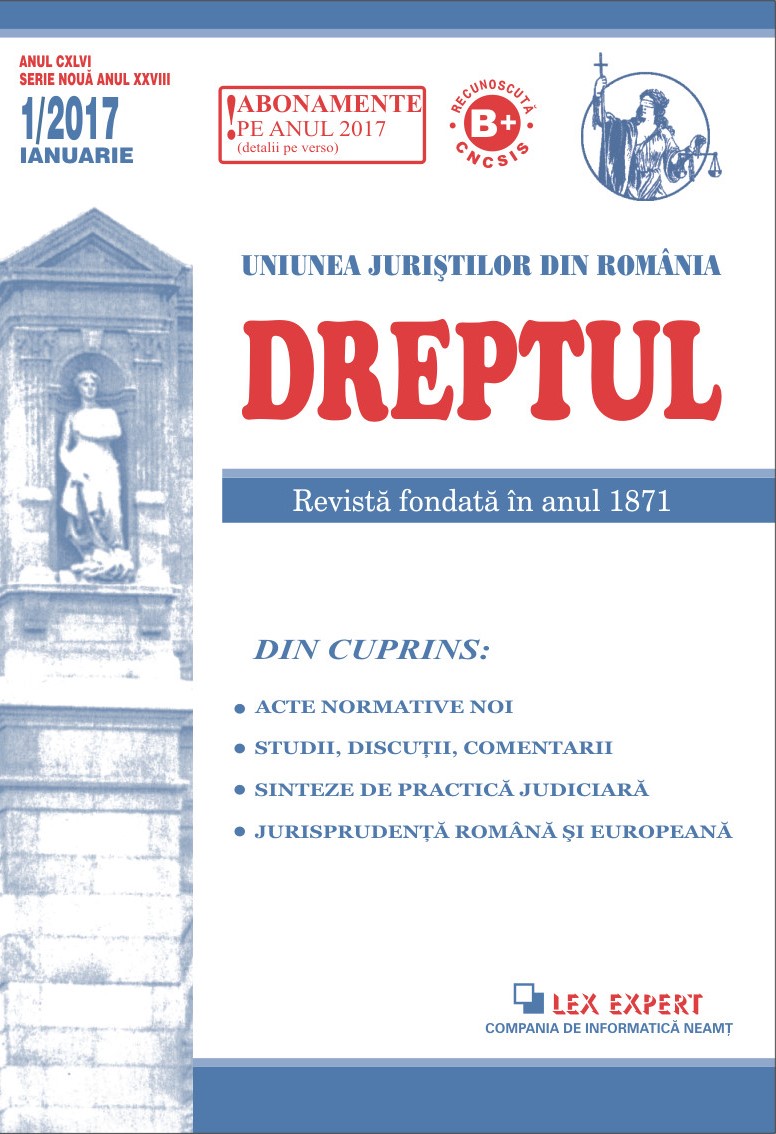 Summary/Abstract: In a democratic society, the legal legitimacy of the State and of the State’s power, of its institutions, but also the social and political foundations of the society as such, are generated and determined by the Constitution, defined as expressively as possible as being: „Fundamental political and legal establishment of a people” (I. Deleanu). The supremacy of the Constitution has as main consequence the compliance of the entire law with the constitutional norms. Guaranteeing the respect for that principle, essential for the state of law, is primarily an attribute of the Constitutional Court, but also an obligation of the legislature to receive through the adopted normative acts, in contents and form, the constitutional norms. Amending the Basic Law of a state is an extremely complex political and legal act with major meanings and implications in the social, political, and State system, but also for each individual. Therefore, such an approach should be well-justified, in order to respond to some well-defined social, political, and legal requirements and particularly in order to meet the principles and rules specific to a democratic constitutional and State system ensuring the stability and functionality it needs.