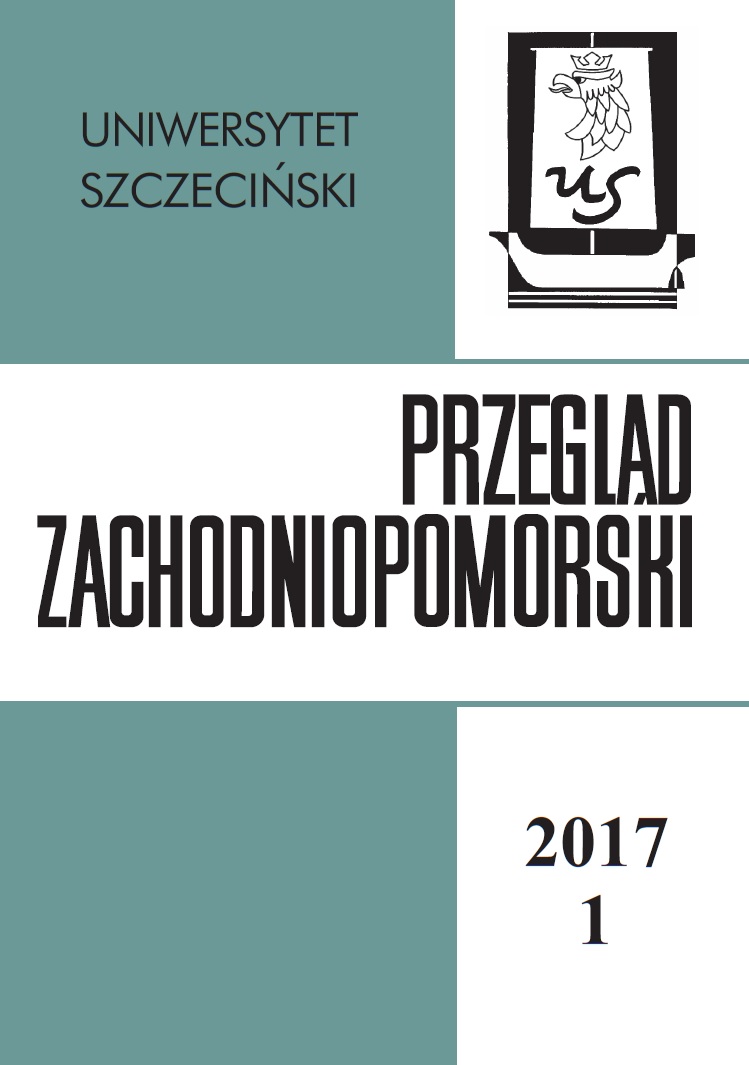 Summary/Abstract: The article deals with the image of the beginning of the Pomeranian Diocese presented in the so-called Protocollum created in the 16th century by Angelus de Stargardia, whose intention was to prove that the Pomeranian Diocese and the whole of Pomerania itself had never been subdued to Poland; the creation of Protocollum was related to a ecclesiastical conflict between Gniezno (German: Gnesen) and Pomerania. In order to support his thesis Angelus put forward arguments taken from sources of the time concerning the past of Poland and Pomerania; among other things, Angelus described the Christianisation mission in Pomerania carried out by Otto of Bamberg. The motive for founding the Pomeranian Diocese is of key importance for the whole of the narrative, as it schematically presents the basic assumptions of Angelus concerning the independence of the Pomeranian Diocese from Poland. Various mentions about the capitals of the Diocese were interpreted by Angelus as a tale of its triple founding. In that tale Otto of Bamberg was responsible for creating the Diocese, and he located its capital in Wolin (German: Wollin). According to Angelus the mention of the Usedom (Polish: Uznam) Diocese in the Chronicle of the Slavs (Chronica Sclavorum) by Helmond is a proof that the capital of the Diocese was moved to Usedom, which had been decided by the mighty families at the meeting held by Duke Wartislaw I (Polish: Warcisław I). On the other hand, moving the capital to Kammin (Polish: Kamień) – according to Angelus – was its third and final founding, which was approved by the pope. The origins of the Pomeranian Diocese outlined in that way show three elements that shaped it: first, the activities of the Pomeranian Apostle, Otto of Bamberg; second, a voluntary decision of the Pomeranians to accept Christianity; and third, the papal approval of Kammin as the capital of the Diocese. The tale of the Diocese having been symbolically founded three times was supposed – in Angelus’ narrative – to underline its extraordinary origins, and therefore to confirm its right to be independent from Poland.