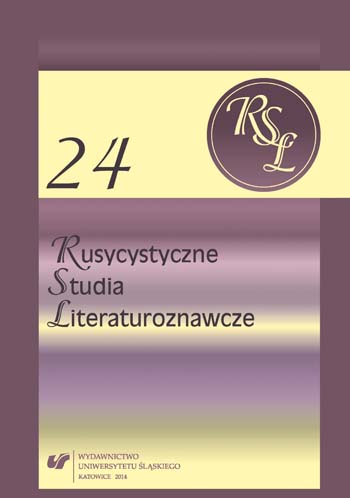 Summary/Abstract: The article presents a particular aspect of Aleksandr Solzhenitsyn’s approach to the issue of literary genre. The article is based on a 24-hour novel "Adlig Schwenkitten", whose characteristic features are illustrated against other Solzhenitsyn’s subgenres as well as his critical essays. The 24-hour novel functions here as a story of a certain historical time. Moreover, it serves as an example of artistic quest attempted by Solzhenitsyn as well as a form that provides links between many of Solzhenitsyn’s genre suggestions.