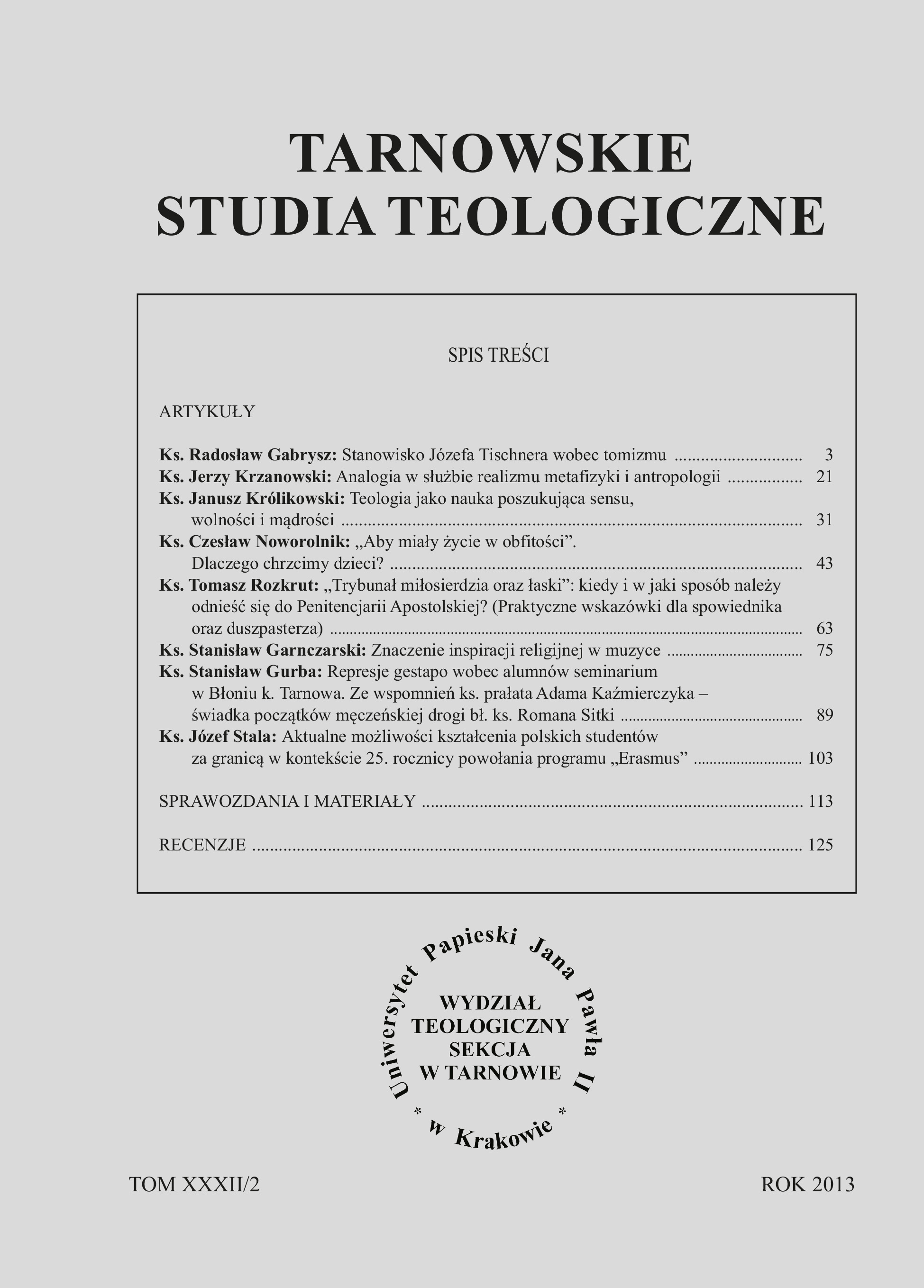 Summary/Abstract: 1. In this article we presented a metaphysical analysis of the analogy, presenting it as an essential condition for ontological and cognitive realism. 2. We use analogy every day, both in philosophy and in ordinary life, expressing ourselves, description of reality, etc. 3. The analogy is briefly saying “similarity of dissimilar”. 4. The analogy occurs in the ontological, cognitive and language aspect (predication), providing them with realism. The main aspect is the aspect of the ontic. 5. Apart from realistic analogy, there is also the analogy in poetry and language of mysticism, called a metaphor or parable. However, it is connected with subjective and experiential human world. 6. The analogy exists primarily as a way of cognition, which reveals ontological pluralism of the world. This cognition is a reflection of analogical being in terms of its constituent compositions and both intra-being (integrating parts, essence and existence, substance and accidents, matter and form, act and potency, etc.) and inter- beings relations. 7. The analogy of cognition is realized as: metaphorical analogy, analogy of attribution and the analogy of general and transcendental proportionality. 8. In the predication we have to deal with analogy of predicates and the analogy of the predicate rule. 9. The analogical inference is an extension of analogy of predication.