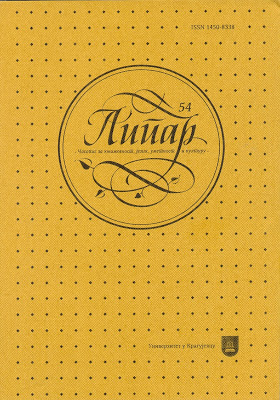 Summary/Abstract: Comparing the poem Wasteland by Thomas Eliot to the Irish Nobel-prize winner Saemus Heaney’s collection of poetry Bogland, the paper underscores the similarities and differences aiming to prove that almost identical “sense of history’ is present in the poetry of both poets. Eliot views the “sense of history’ as the ability to recognize the same situations and patterns not only in the past, but in the present and future, bringing time into a whole, not chronological, but cyclic. “Living tradition’ is the tradition of stopping and continuing, basing the existence in the past and surviving in the present. The research includes the incongruities of Eliot’s theoretical considerations about tradition and practical realizations of those ideas in poetry, and we conclude that, according to the poet, tradition is not everything written since Homer until today, but only those works that possess the “sense of history’. The important myths (mermaid myth, Holy Grail myth, Narcissus myth) remind us that the 20th century man is not free from the primeval striving towards the spiritual and physical healing, as well as the eternal craving to divulge one’s own being completely. Civilization and capitalist tradition have distanced contemporary man from nature and sexual emotion, and directed him towards profit and material production. Despite Eliot’s declaring as a royalist and follower of catholic tradition, his poetry as well as Heaney’s is predominated by the influence of humanistic tradition based on the conflict of different cultural concepts, on the archetypes of light and darkness, heavens and the underworld.