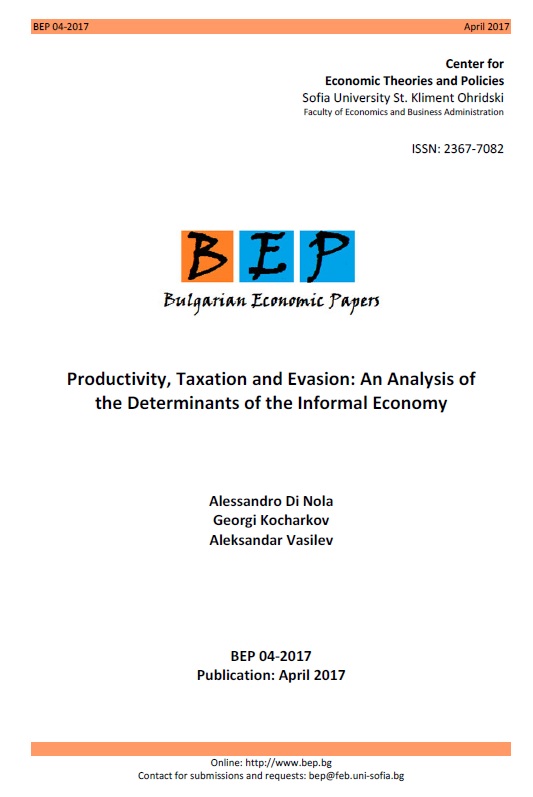 Summary/Abstract: We evaluate the relative importance of labor productivity versus income taxes and social contributions for tax compliance in an economy with a large degree of informality. Empirical evidence points out that tax evasion in Europe happens through partially concealing wages and profits in formally registered enterprises. To this end, we build a model in which employeremployee pairs of heterogeneous productive capacities make joint decisions on the degree of tax evasion. The quantitative model takes as inputs the income tax structure and social contributions. The model is used to analyze the case of Bulgaria which has the largest informal economy in Europe. The estimation strategy relies on matching the empirical series for the size of the informal economy and other aggregate outcomes for 2000-2014. Our counterfactual experiments show that the most important factor for the changing size of the informal economy is labor productivity, which accounts for more than 75% of the change. The variation in corporate income tax accounts for the rest. Changes in personal income tax levels and progressivity are found not to be quantitatively relevant for tax evasion. We also characterize optimal taxation in 2014 with respect to minimizing tax evasion. The productive gains of imposing optimal taxes are small.