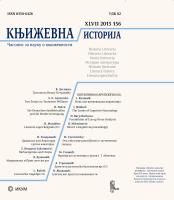 Summary/Abstract: This paper deals with the most famous theater performances of the well known Tennessee Williams 1947 play, A Streetcar Named Desire.The fact that the directors of this play in theater were Elia Kazan, Ingmar Bergman, Luchino Visconti, Laurence Olivier, Jean Cocteau, among others, proves it’s atractiveness. It was the first American play to be staged at the house of Molière, the staid Comédie-Française, in its 330-year history! But, it was the movie, directed by Elia Kazan in 1951, that imposed future standards for actors. Marlon Brando as Stanley Kowalski and Vivien Leighas Blanche Du Bois remained as model performances. True to the play, the film is both lyrical and gritty, with complex and contradictory characters. The film, quickly distributed world-wide, “becomes as fine, if not finer, than the play,” and may have exceeded the influence of the stage play.