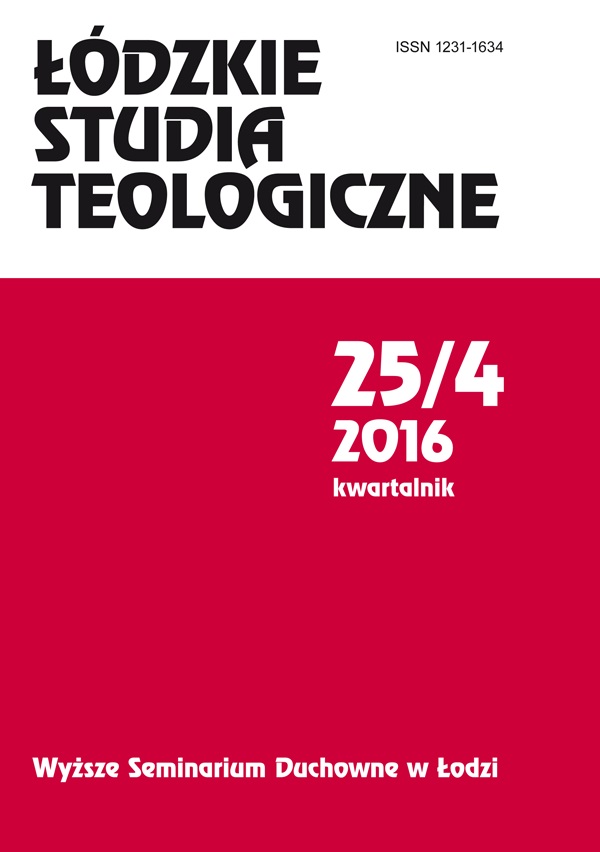 Summary/Abstract: The article first gives a short presentation of Angelus Silesius (1624-1677) or, Johannes Scheffler, and then more thoroughly analyses the first part of his work entitled Idea causarum fundatarum, transeundi a Lutheranis ad Ecclesiam Catholicam; comprehensarum Illationibus duabus which has been forgotten today. The baroque writer used exclusively brief statements which confirm the truth of the Roman faith and simultaneously debunk arguments in favor of Protestant religion. Above all his work was supposed to provide polemical ammunition for the supporters of the Roman Catholic Church and to justify discontinuing relations with Protestantism. In order to achieve this purpose, the writer enumerated and discussed arguments related to the most important arguable theological issues, such as the apostolic succession, miracles, attitude to God's Word, religious life, celibacy, the figure of Luther and his adherents, etc.

Mit o Kefalosie i Prokris u Owidiusza i Marcina Kromera The Myth of Cephalus and Procris in Ovid's Metamorphoses and Marcin Kromer's De adversa valetudine Sigismundi I 2007 Mythos u Achilleusa Tatiosa. Opowiadania erotyczne The Use of Mythos in Achilles Tatius' Novel: Stories on Love 2009 Mythos u Achilleusa Tatiosa. Część II The Use of Mythos in Achilles Tatius’ Novel, Part II 2013 Renesansowa poezja w służbie polemiki religijnej. Renaissance Poetry as a Tool of a Religious Polemic. 2015 Poeta i jego król A poet and his king 2016
2020 © CEEOL. ALL Rights Reserved. Privacy Policy | Terms & Conditions of use
ICB - InterConsult Bulgaria ver.1.5.0616