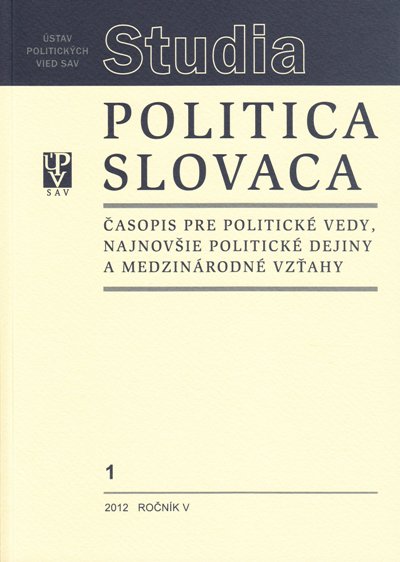 Summary/Abstract: Among the handful of early-twentieth century Western analysts of Eastern European problems, the Scottish contemporary historian R.W. Seton-Watson was by no means the least important. His work “Racial Problems in Hungary“ from 1908 was a remarkable attempt to analyse the historical evolution of the Slovak-Magyar (ethnic Hungarian) relationship and the contemporary realities of multinational Hungary, in which the non-Magyar nationalities were subjected to a relentless policy of Magyarisation and national oppression. During the First World War Seton-Watson exerted his influence in Britain to help the revolutionary Czecho-Slovak leadership to proclaim a Czecho-Slovak state after the defeat of the Central Powers. At the end of 1918 this state was founded, but a serious problem emerging at the outset was the presence of large German and Magyar minorities in its territory. In the Slovak part of the new state the Magyar minority made up some twenty percent of the population, and the question was what kind of policies the Czechoslovak government was going to implement with regard to the Hungarians and the promises of cultural autonomy. This also included social issues, in particular the question of land reform of which both Slovak and Magyar peasants should benefit. In 1923 Seton-Watson made his first visit to Slovakia after the War and the successful national revolution of 1918, visiting several locations in the country and presenting his findings in “The New Slovakia“, published the following year. It is evident that Seton-Watson found it difficult to evaluate the new situation in a straigthforward or consistent way. He sympathised with the new Czechoslovak state, but he also expressed some criticism with regard to certain Czechoslovak or Slovak policies on the Magyar minority. It would seem that the complexity of Seton-Watson´s views can be seen as an example of the bewilderment of Western commentators when it comes to trying to understand the complexities and dilemmas involved in the national problems of Central and Eastern Europe.