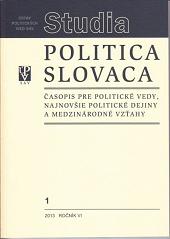 Summary/Abstract: The authors are focusing on how Montenegro today is coming to terms with the task of becoming a modern European nation, which implies recognition not only of democracy, the rule of law, and so forth, but also of a degree of ‘multiculturalism’, that is recognition of the existence of cultural, ethnic, linguistic and religious minorities in a society that is dominated by a Slavic Orthodox majority. In his context they are analyzing the history of the struggle of the Montenegrin people against a host of foreign invaders – after they had ceased to be invaders themselves – and especially their apparently consistent refusal to accept Ottoman sovereignty over their homeland seemed to make them the most remarkable freedom fighters imaginable and led to the creation of a special Montenegrin image in Europe. This image of heroic stubbornness and unique martial bravery was even consciously cultivated in Western and Central Europe from the early nineteenth century onwards, as the Greeks, the Serbs, the Montenegrins and other Balkan peoples began to resist the Ottoman Empire in a more effective way and the force of Romantic nationalism began to influence the whole of Europe, from German historians to British politicians, and also including Montenegrin and Serbian poets themselves. And what about the present situation? The authors of this essay carried out an improvised piece of investigation into current conditions, attitudes, and feelings on both the Albanian and the Slavic-Montenegrin side (in September 2012).