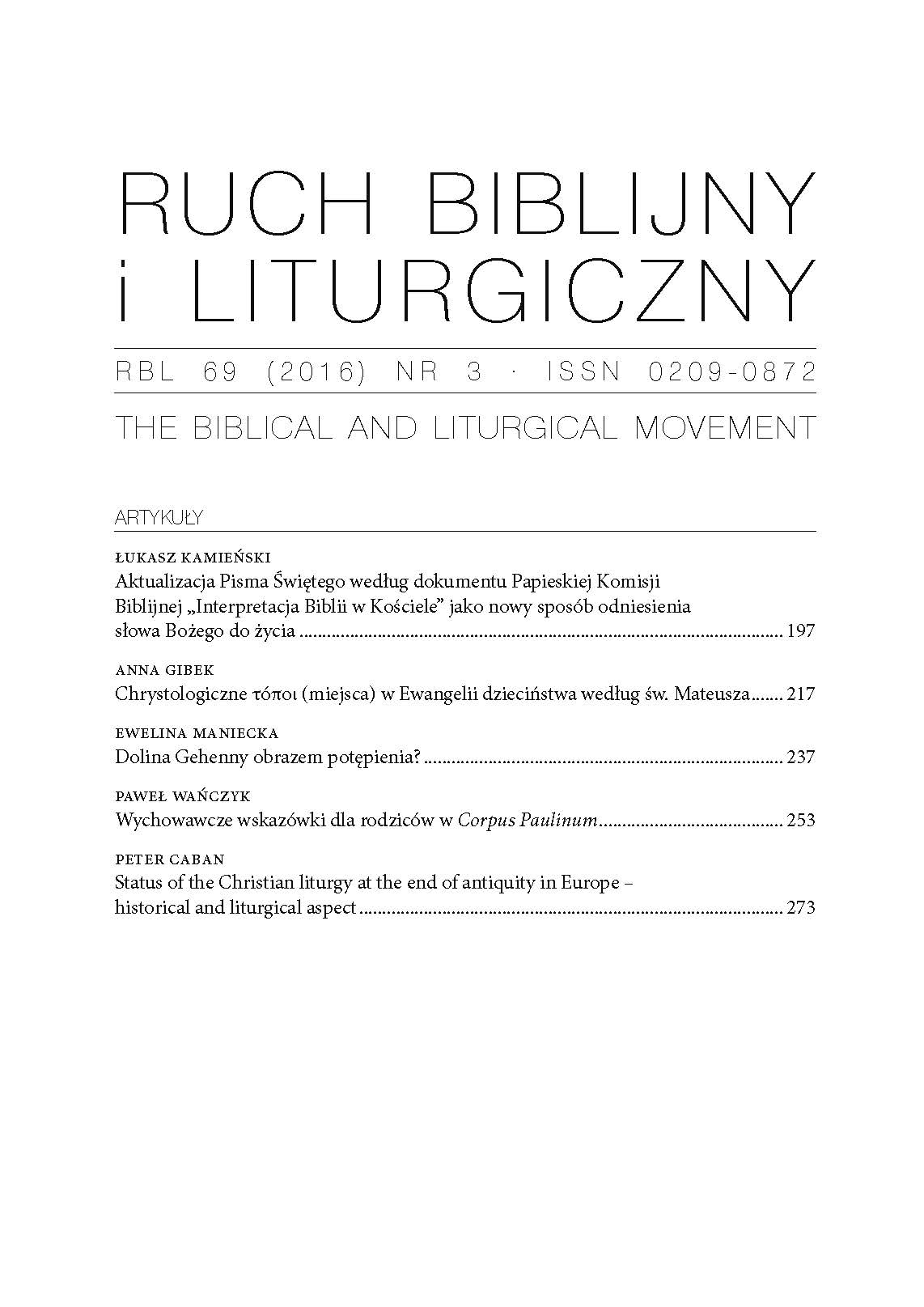 Summary/Abstract: The article focuses on the analysis of five texts from the Acts of the Apostles where the name Rome (18, 2; 19, 21; 23, 11; 28, 14. 16) is mentioned. The recurrence of the name of the Empire’s capital does not only constitute purely geographical information. This is because Rome has come to symbolize the mission of spreading the Good News being directed at all people regardless of their nationality or residence. Consequently, Rome is part of God’s “redeeming geography”, which has its beginning in Jerusalem (where salvation took place) and reaches all the corners of the globe. Paul’s mission between Jerusalem and Rome represents the Gospel leaving the Jewish world in order to reach the pagan world without excluding or neglecting anyone in the process. The Empire’s capital is also home to the continuation of the mission of Jesus himself as well as to bearing witness to Jesus’ Gospel in a courageous manner.