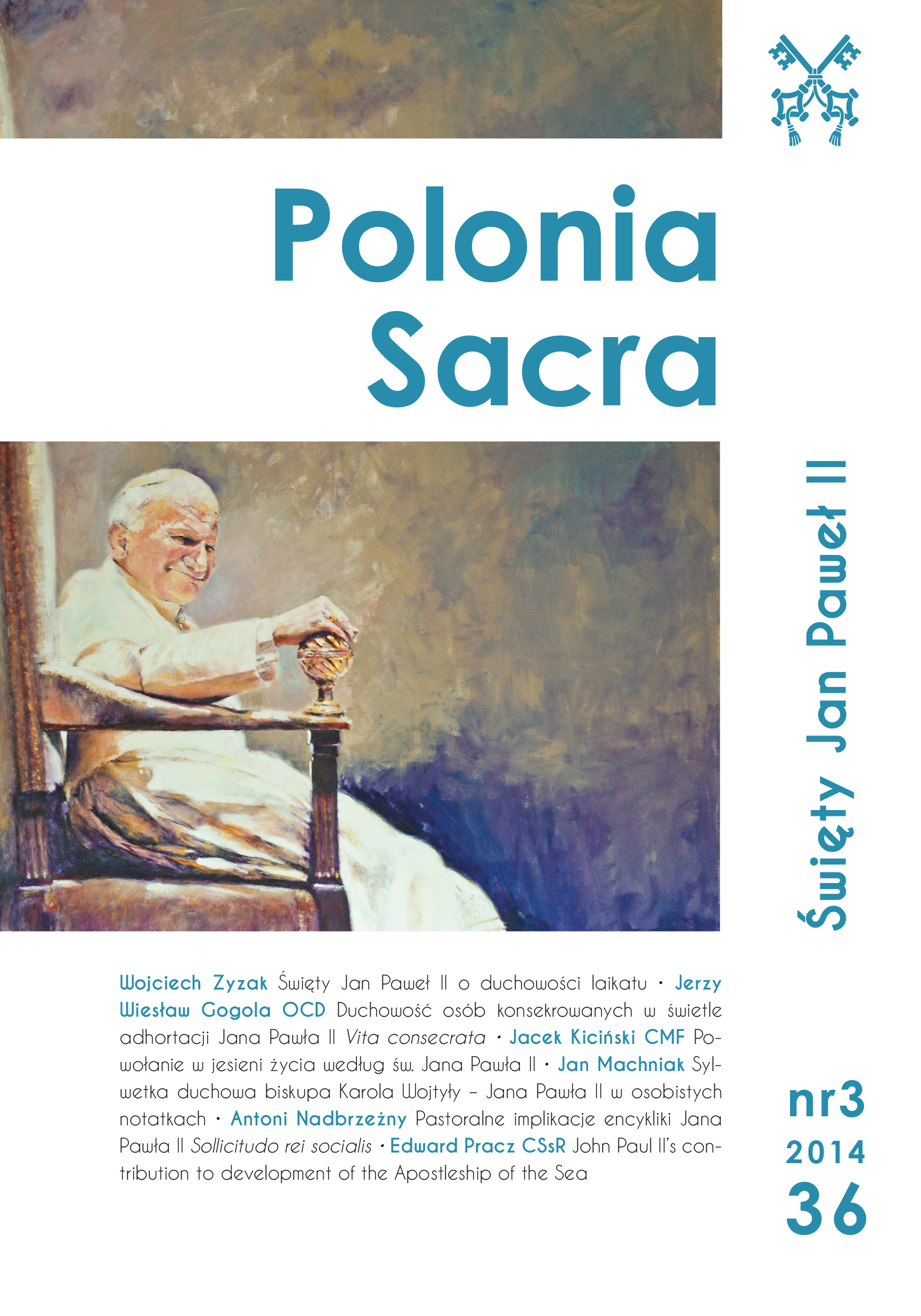 Summary/Abstract: The reflection takes into account problems contained in the subject, concentrate on its three fundamental parts of components: the conception of the spirituality of the consecrated life, its identity from which results the whole lifestyle, and called actions, in accordance with rules: agere sequitur esse, and on representative its features reduce. in compliance with the exhortation structure Vita consecrata to three: the consecration, communion and the mission. The spirituality we treat as the sign of the spirit of Christ’s follower, called the special vocation for radical following with Him on the way of the monastic consecration. Therefore this is also the external sign of the spirit, there is essential the identity of the person who should exist in the way “worthy of vocation”, and thereby bear witness the saving presence of God in the today’s world, in the way almost unintentional. There are three characteristic features of spirituality of the consecrated person simultaneously determine her identity: the person devoted of God by the profession of the evangelical counsels; the person of communion with God and brothers, and prophet-witness of great God’s works, which are realized in the weak human. The whole is crowned by the short synthesis which may constitute only some advice on the subject this composed reality, and the invitation to building of this synthesis by individual consecrated persons, and their communities on the existential plane.