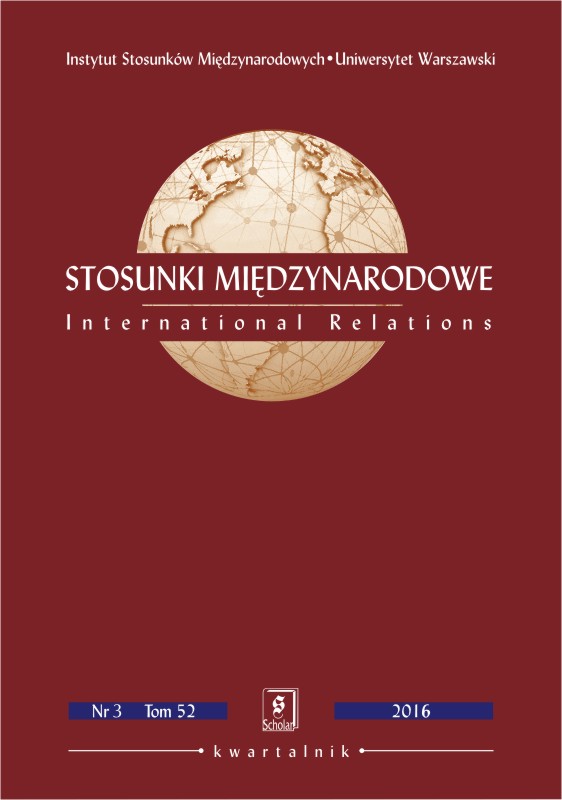 Summary/Abstract: The author distinguishes threats to international security from challenges faced by the security policy of states and collective international actors but approaches them as a certain continuum. The following phenomena are considered threats and challenges in the second decade of the 21st century: military threats (nuclear weapons and their proliferation, conventional weapons and huge military spending), terrorism, other threats (cybernetic, economic and energy-related, ecological), as well as the migration challenge. A separate major challenge, which the author analyses in detail, is the reconfiguration of the international order that has been taking place for more than a decade now. The author believes that this reconfiguration constitutes a serious challenge to the West, including to its security policy. In order to take up this challenge, benefit from it and prevent the emergence of new threats to international security, the West needs to not only consolidate its security system but also engage in dialogue and cooperation with the emerging competitors and rivals challenging the West’s global leadership (the emerging powers from BRICS), as the American political scientist Charles Kupchan proposed in 2010, emphasising that lasting peace can be achieved by turning enemies into friends. It is, however, uncertain what kind of foreign policy will be conducted by the new US President, Donald Trump, elected in November 2016.