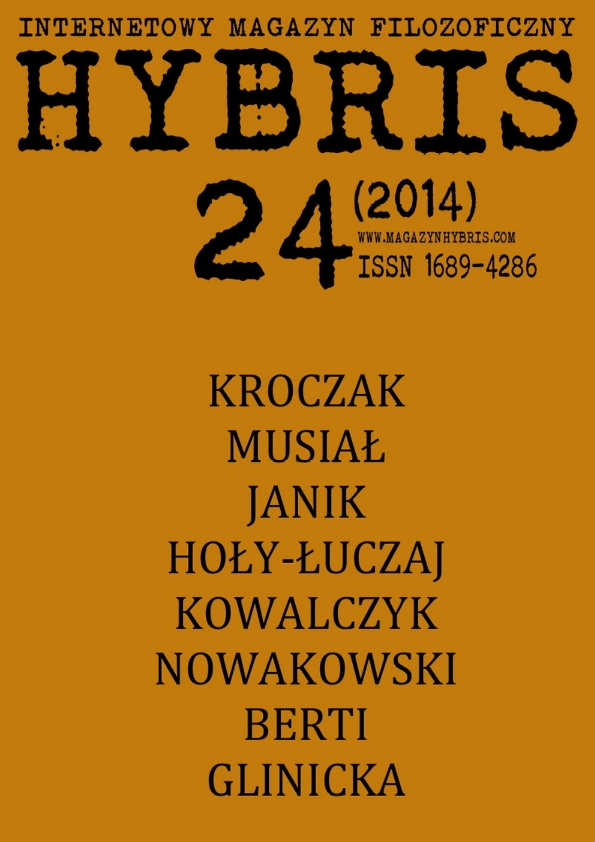 Summary/Abstract: This article discusses philosophical issues concerning theory of neural correlates of consciousness (NCC) and the possible philosophical interpretation of the positions taken by scholars dealing with these issues, whether these views expressly refer to the philosophy of mind, or not. In the first part I will present existing theories regarding the NCC, and try to find their common ground. The concept of NCC was defined by D. Chalmers, by F. Crick and Ch. Koch, and by A. Damasio and it is argued that those definitions are perfectly complementary. The summary of this section presents the methodological problems associated with the theory of NCC pointed out by J. Bremer. In the second part, the intersection of the positions is contrasted with the classical discussion concerning the philosophy of mind and interpreted from a philosophical point of view. In particular, the issue of possible points of contact between the classical phenomenological method and NCC is pursued.