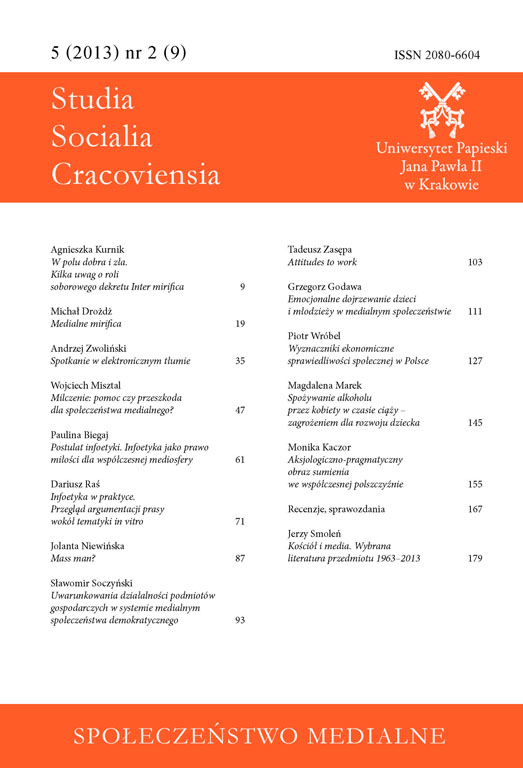 Summary/Abstract: Conscience is an element of the linguistic portrayal of the human person. The manner in which conscience is conceptualized in a language certifies that it is an intellectual judgment, moral imperative, moral reflection, a force to do good and a force restraining from evil. Specific linguistic connections certify what is meant by conscience in contemporary Polish. The contexts of occurrence of conscience allow for distinguishing two orientations, which are not only characteristic of Christian thought. They are: axiological orientation and pragmatic orientation. The first can be found in texts of a legislative nature, the second – points to the sociological and psychological motivations for using the concept in a specific context. This allows for a reconstruction of the image of conscience on the basis of specific mental operations that affect the formation of specific language constructs.