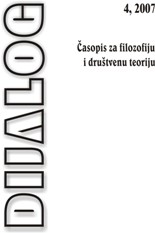 Summary/Abstract: Taking issue both with Habermas and Rorty, the author challenges the idea that moral progress consists in the universalisation of Western liberal democracy with its specific understanding of human rights. It is argued in favor of a pluralist conception with the aim of making room not only for the pluralism of cultures and ways of life but also of “good” political regimes. It is affirmed that liberal democratic institutions and the Western language of human rights represent only one possible “political language game” among others and it cannot claim to have a privileged relation to rationality. One should therefore accept the possibility of a plurality of legitimate answers to the question of the “good regime”. And such a pluralist approach does not entail any relativism. This is not an “everything goes” approach that is unable to make any distinction among existing regimes. According to a pluralist perspective some ethico-political conditions need to be fulfilled in order for a regime to qualify as just. Which requirements would need to be specified for a given political form of society to be accepted as a “good regime” is of course a very big issue and it is not intended to be resolved here. The author limits herself to giving some indications on how this problem could be tackled.