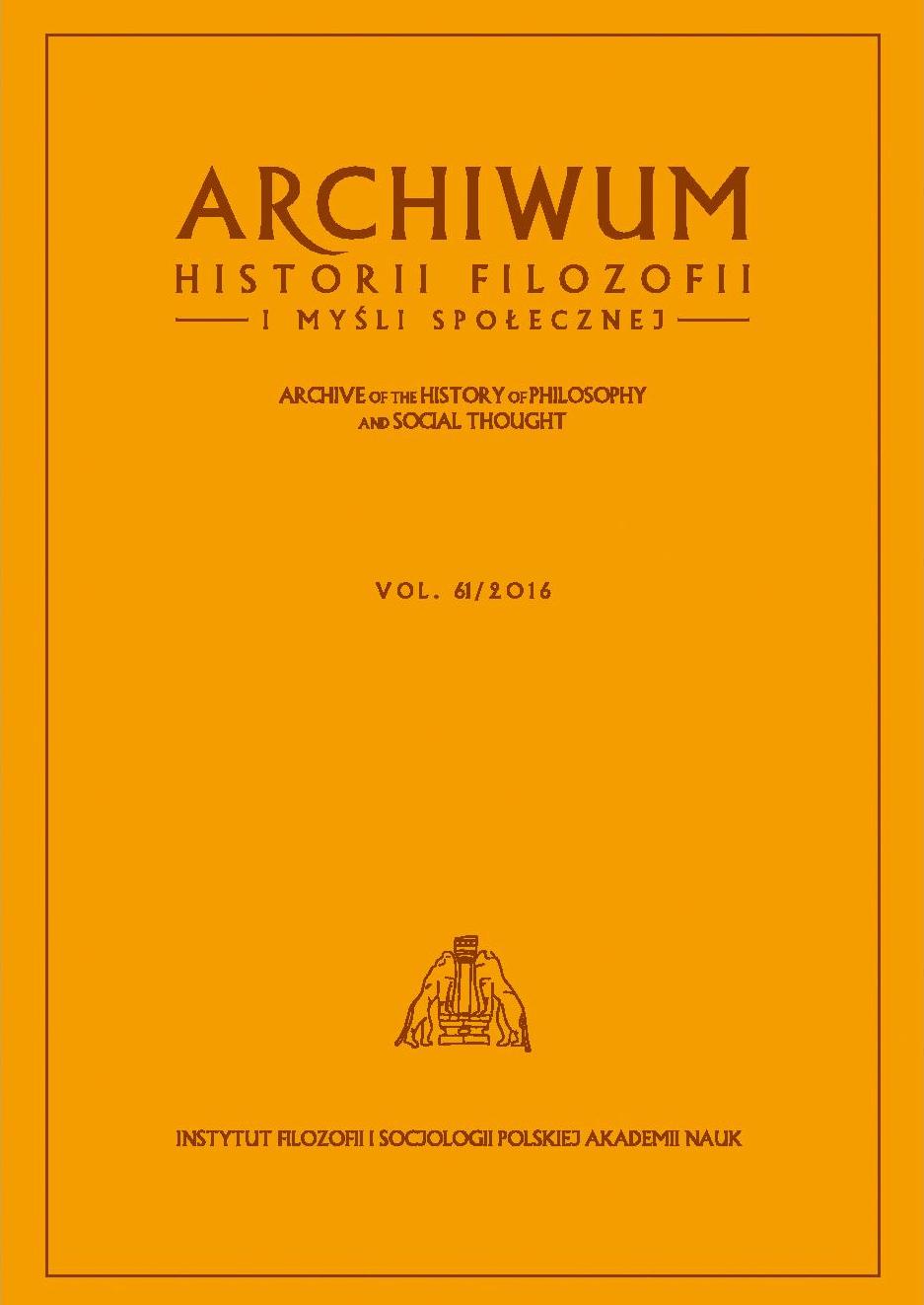 Summary/Abstract: In chapter 1 of Book II of Theologia Platonis Proclus discusses three possibilities: 1. All beings constitute a multiplicity, excluding all unity; 2. All beings are one, excluding all unity; 3. Being is a mixture of unity and multiplicity. In the course of the discussion two possibilities are reduced ad absurdum. An analysis of the third approach (sc. being as a mixture of unity and multiplicity) leads to the distinction between two concepts of theOne, namely: 1. One in multiplicity; 2. One unparticipable, „which is the One absolutely”. The first cause and the absolute principle of the universum.