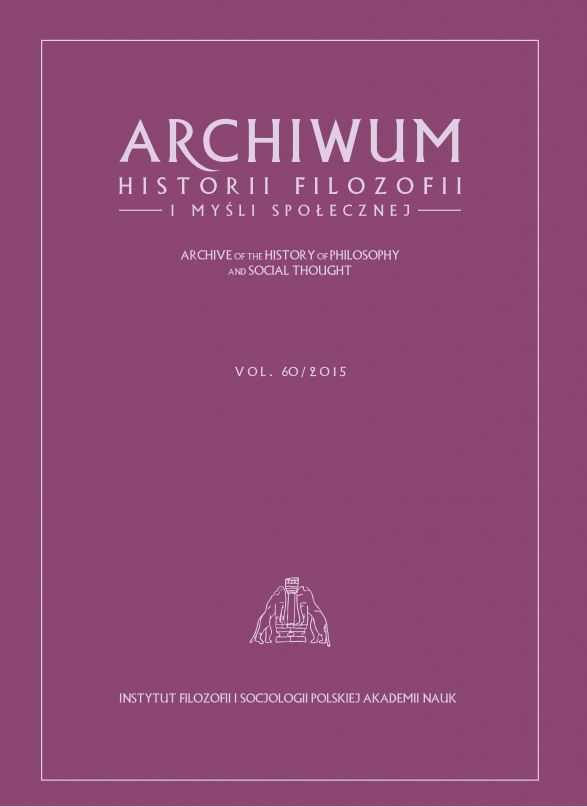 Summary/Abstract: We present the second part of Pierre Hadot’s selection of Marius Victorinus’s philosophical texts in Polish translation. Part 1 was published in volume 59 of the “Archive”. This, the second group of texts, edited by us, is entitled One and Threefold Potency. Victorinus’s writings published in this volume focus on the question “How is Begetting possible in God?”, which is fundamental to Christian Neoplatonism. Part three of these texts (the last) will be published in vol. 61 of the “Archive”, supplemented by a commentary to the entire collection.