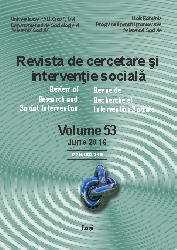 Summary/Abstract: Mexico is a source, transit, and destination country for human trafficking, where the majority of the victims fall into sexual exploitation and some of them are exploited in forced labor in agriculture, domestic service, food processing factories, construction, the informal economy, begging and vending. Mexico signed the international human trafficking treaty in 2005, the first anti-trafficking law was formulated in 2007, and again in 2012 the federal government presented a new anti-trafficking law and was reformed in 2014. This illustrates that during the last eight years there has been significant progress achieved in legislation on anti-trafficking issues, but the implementation of the law has not been observed due to dysfunctional law enforcement. Thus, in the present paper we have utilized information available at national and international level to analyze the progress achieved by the Mexican Government in tackling the human trafficking problem. Also, in this study we have examined the strengths, complementary issues as well as biases of the 2007, 2012 and 2014 anti-trafficking laws to offer recommendations to assist policies and actions.