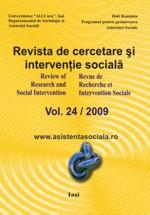 Summary/Abstract: Trafficking of women for the purpose of sexual exploitation is one of the fastest growing gender violence around the world. Today, this phenomenon has become an integral part of the social and economic fabric in Mexico as in other part of world. This practice causes intolerable degradation and suffering for the girls and young women involved, who are treated as a commodity. This process result a risk to their physical and mental health and in particular to their sexual health due to immense violence, which I have tried explore in this research. Twenty women were interviewed during the year 2007 and 2008 who are currently working as commercial sex workers in Monterrey City.