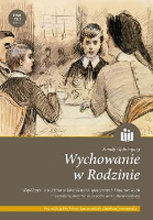 Summary/Abstract: Criminality, violence against an individual as well as a group of people, suicide, alcoholism and other addictions are every time assessed as social-pathological phenomena in our culture. The inclusion of other phenomena has already been influenced by the period of time, when this phenomenon causes concerns in the society by the mass character of their prevalence (in particular graffiti spraying, violence in the stadiums, prostitution, pornography, gambling). Certain parts of sociopathological phenomena are mutually overlapping, complementing and made dependent on each other. The majority of them lead to criminality or creates conditions for its appearance and existence. When searching for conditions and reasons for the appearance of sociopathological phenomena in most of the fields of science that deal with sociopathological phenomena, various approaches are being applied, which are characterized for that field of science. Mostly known are sociological approaches, unfortunately the criminological approach has been applied in Slovak youth.