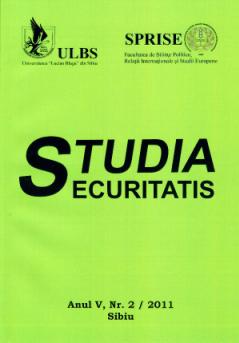 Summary/Abstract: During the Second World War, Turkey had been the center of attention of the countries involved in the war, due to its geostrategic position. On 26 June, 1941, Turkey proclaimed its neutrality. Germany and Great Britain put pressure upon it in order to enter the war. Turkey did not accept and the Romanian military attaché in Ankara, colonel Traian Teodorescu, tried to explain the causes of that situation. His report’s conclusion was: Turkey avoided the engagement in the war and tried to maintain an equal distance between both the Axis and the Allies, because of the uncertain position of the Soviet Union regarding the Turkey’s territorial integrity, especially the straits.