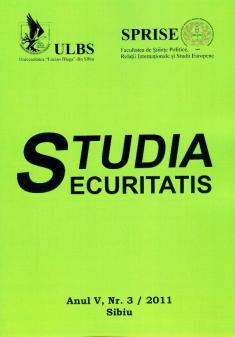 Summary/Abstract: At the end of March 1944, the soviet troops reoccupied Northern Bukovina and till the August 23, 1944, as a result of capitulation of Romania, the rest of Bessarabian territory was reconquered. At the same time with the Soviet Army operative units the security structures came back to Bessarabia. The firstly arrived structure was SMERSH organs of the military units and the SMERSH Counter Information Office of the Moldovan SSR NKVD which was represented by the SMERSH offices of the NKVD departments from Bălţi, Bender (Tighina), Cahul, Chişinău, Soroca, Orhei districts and the Tiraspol city department. The basic missions of the SMERSH elements of the Soviet units which entered Bessarabia was to identify the remained enemy agents, the officials of the adverse Intelligence Services (those who could not take refuge because of the fast moving events), the propagandists and saboteurs, and also to re-establish the relationship with their agents and to recruit new informers.