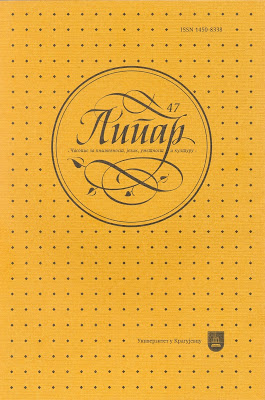 Summary/Abstract: In the introduction, the author states political and cultural context in which the modern Spanish prose has developed. The year of Francisco Franco’s death, 1975, may be considered as the beginning of a new period in Spanish prose. Literature changes its earlier character and adjusts itself to newly risen political changes. Variety of Spanish prose in the post-Franco period is a product of writers’ freedom to write about whatever they want and the way they want. The new subtitles of novels, that adjust themselves to modern Spanish spirit and market needs, like detective, historical, lyric, experimental and meta-novel, have appeared. Every novelist will choose his own course that suits his character and literal pretensions. Many critics believe that in the mid 80’s a total change in the Spanish literature has risen. That drastic change is called “post-modern realism”. In the continuation of the work, the author presents the most significant representatives of the contemporary Spanish novel (Eduardo Mendoza, Álvaro Pombo and Javier Marías) and names one of their novels written according to the poetics of post modern realism. Its aim still is mimesis and imitation of reality. Agitator in many works is the internal re-examination of a character or a truth which lies in the character himself. Return to realism is the way to analyze the contemporary Spanish literature from new perspective trying to overcome narrow lines of aestheticism, continual demand for new forms and separation of life and art.