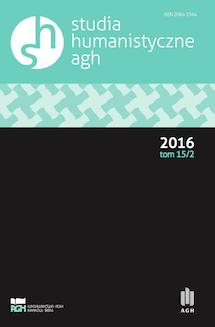 Summary/Abstract: The paper: Black money as the matter of neo-liberal utopia, reading [C] The Money of Soul and Possibility Control is dedicated to the problem of the neo-liberal utopia of debt. The author analyses the anime series directed by Kenji Nakamura for motifs and representations linked with economics: black money, debt, the Midas bank. The article focuses on analysis and interpretation of the relation between black money and production of utopian hyperreality and on the problem of debt, competition and corruption of the general equivalent as the main pillars of both a presentation and critique of the neoliberal utopia. In his interpretation the author relates to classical researchers of utopia (Fredric Jameson, Lyman Tower Sargen, Geoffrey Hodgson) and to the contemporary critics of neoliberalism (Franco “Bifo” Berardi, Maurizzio Lazzarato, Pierre Bourdieu, and Slavoy Žižek).