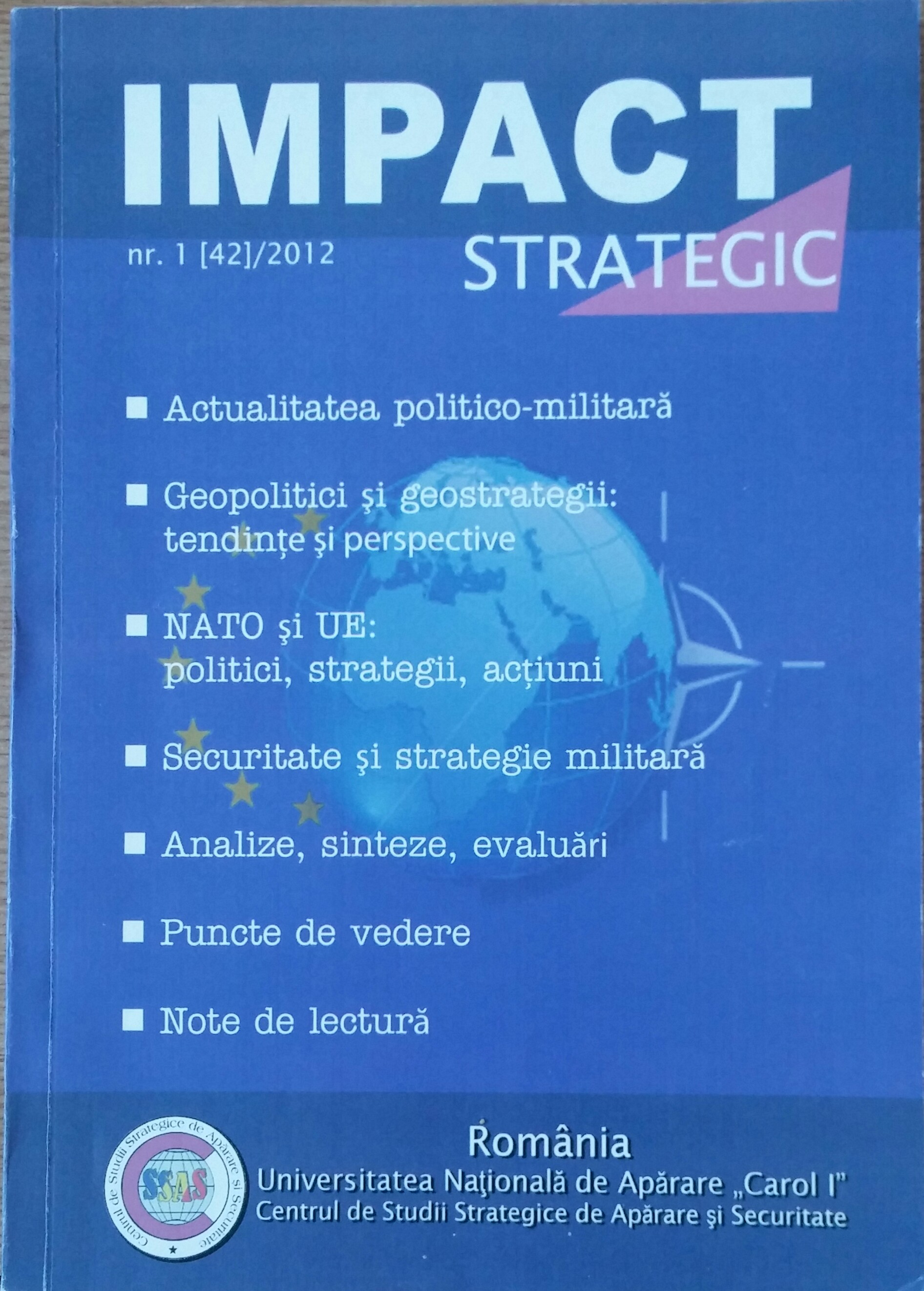 Summary/Abstract: Before the signing in 2010 of the Strategic Con¬cept, NATO was resembled to an alliance in con¬tinuous searching for one new concept suitable for the XXIst century realities. Still, the Alliance after Lisbon 2010 is more than ever engaged in a series of fields, starting from collective defense, antimis¬sile defense, energetic security, Balkan’s peace-keeping operations, counterinsurgency and stabili¬zation operations outside European borders, cyber security, these being part of the increasingly diver¬sified portfolio of the Alliance missions. 2011 was the year of reconfiguration for NATO and Russia and as well for NATO and EU relations, these con¬sisting in new challenges for the world’s security. All these global reconfigurations are meant to of¬fer Russia one source of stability related to the fact that NATO will not interfere into Russia’s foreign issues and in its area of interest and, consequently, to offer to the newly started democracies “one bal¬loon of oxygen” by supporting some PfP type part¬nerships with the NATO’s Non-Member States. The New Strategic Concept adopted in November 2010 in Lisbon forecasted the political will of the Mem¬ber States to transpose and implement the process of NATO transformation as Alliance in an efficient and unified manner