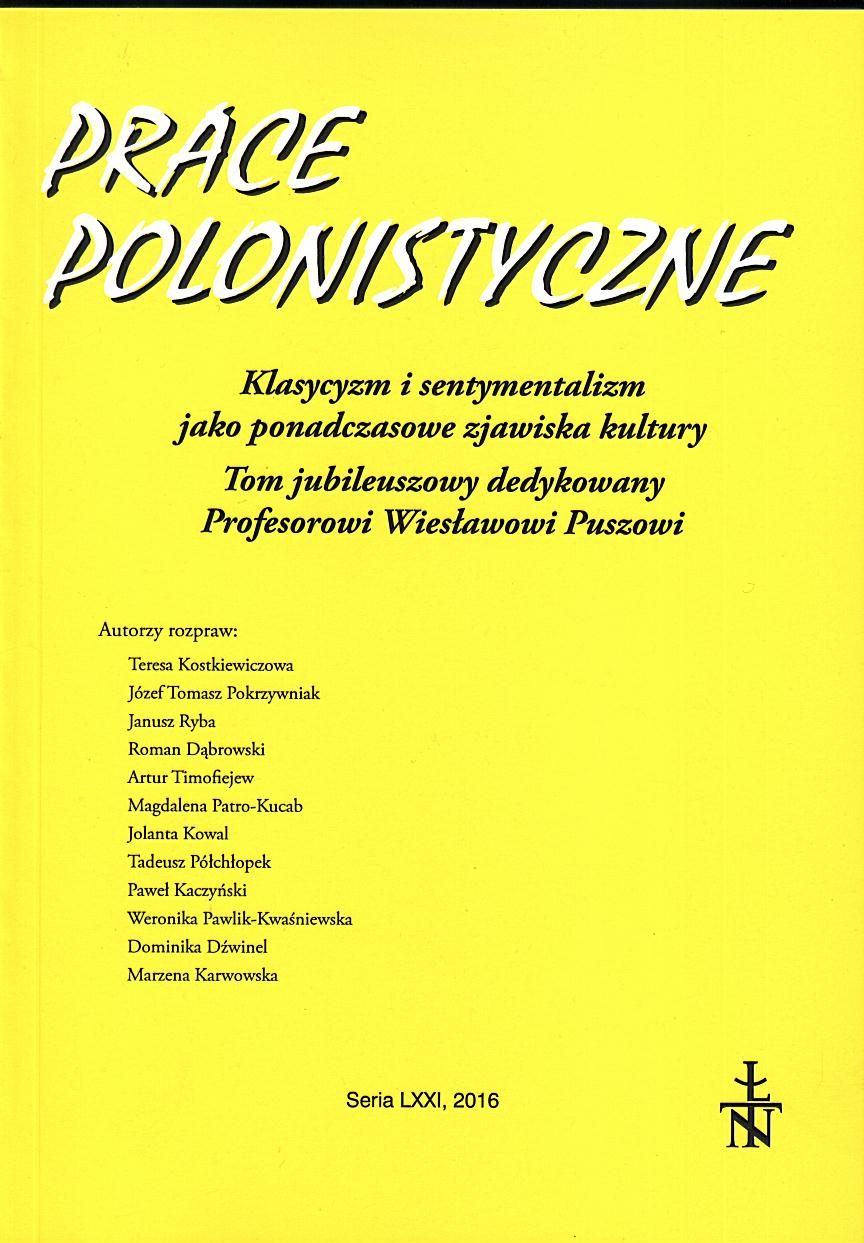 Summary/Abstract: The second half of the eighteenth century is considered the apogee of development of pastoral in Polish poetry and the work of Franciszek Karpinski emblematic for this genre. Although in the next century it underwent a conventionalization and then was significantly changed, tradition of pastoral lasted until the twentieth century, it was also utilized by numerous poets, treating the elements of the convention of the genre in different ways. Manifestations of the distance to the convention and its recognition as a poetically exhausted model were accompanied by such treatment of pastoral which proved its continuous attractiveness, the possibility of updating it in the new historical and literary conditions and the kind of “longing” to values and attitudes towards the world existing in pastoral. Idyll is sometimes understood as a metonymy of poetry.