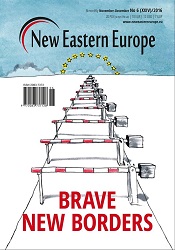 Summary/Abstract: Since the 1990s de-communisation in Central and Eastern Europe, a new national identity has been adopted in each of the Baltic states. Yet, they have not fully rejected their communist heritage and conflicts concerning the purpose and meaning behind certain Soviet monuments have been taking place since the fall of the Soviet Union. The intensity of these conflicts grew significantly since Russia’s aggression in Ukraine in 2014.