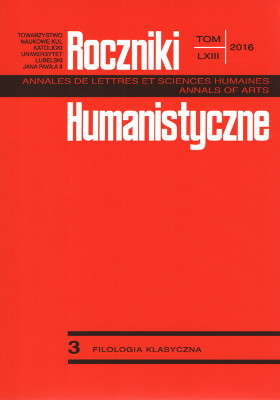 Summary/Abstract: In this paper I discuss the problem of the role of female in Aristotle’s theory of inheritance described in De generatione animalium, book IV, chapter 3. Although in the books I-III Aristotle presents his well-known view that the male contributes form and the principle of movement whereas the female only matter, in the much discussed chapter IV 3 we are told that the offspring is shaped by the „movements” (kineseis) of both parents; these „movements”, contained in the „semens” (spermata) are derived from various potentials (dynameis) of organism’s nature, and function as specialised vehicles for transmitting the parts of the parent’s heritable form during the act of reproduction. In the paper I try to prove that the term spermata in this chapter denotes both male and female reproductive residues, and the matter contributed by the female (katamenia) contains potentially the nutritive soul with a set of „movements” responsible not only for the development of the female sex and the inherited accidental, material features, but also of the universal, i.e. the common form of the species.