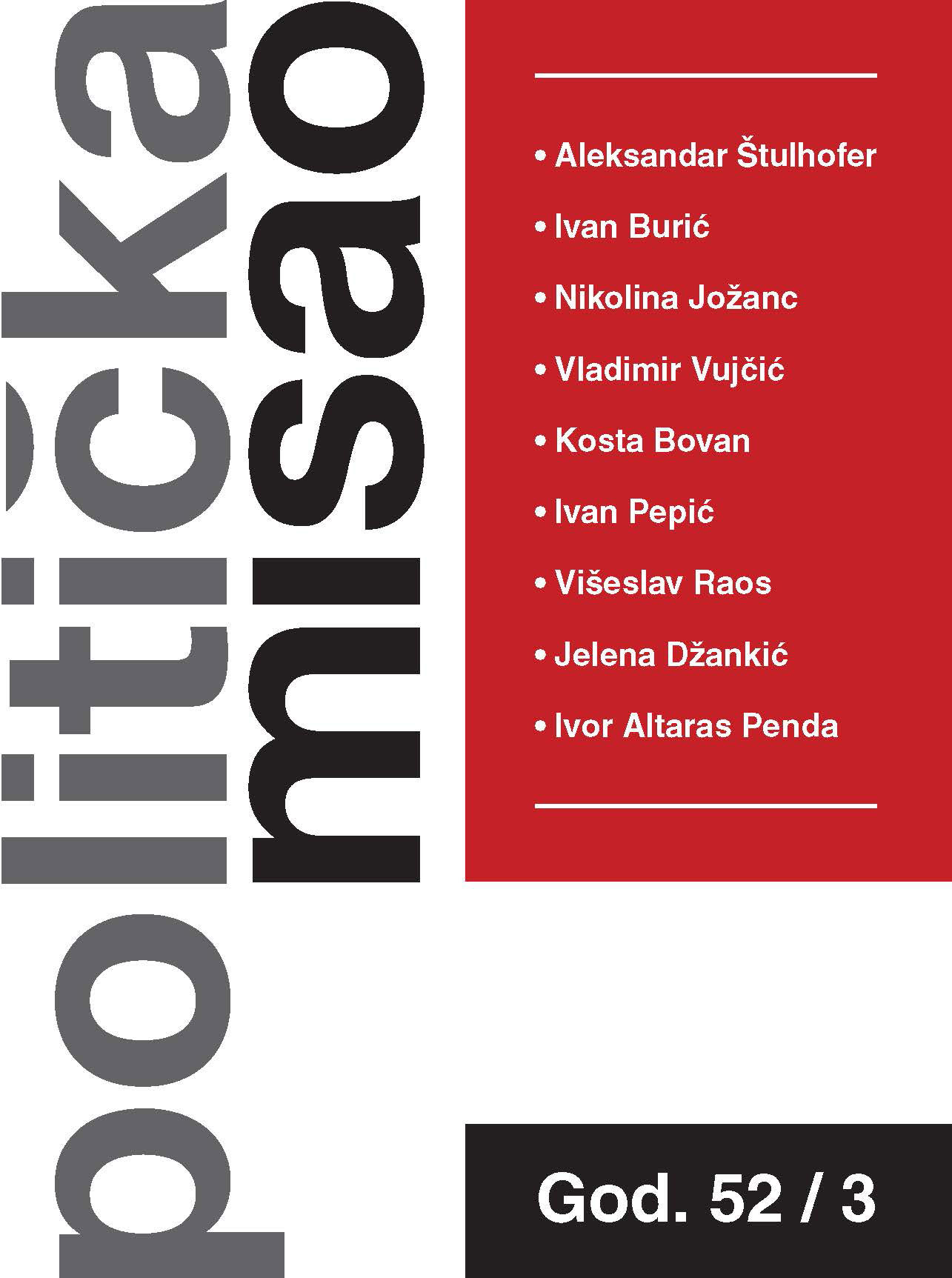 Summary/Abstract: The egalitarian syndrome theory (EST), proposed in 1970 by Croatian political scientist and sociologist Josip Županov (1923-2004), is likely the most important theoretical contribution to the Croatian social sciences. Due to the fact that EST has never been operationalized and systematically verified, its influence has been steadily diminishing – particularly among mainstream researchers. The aim of this study is to operationalize EST and, using confirmatory factor analytic approach, to construct and validate a multi-faceted measure of the egalitarian syndrome. Based on two models characterized by acceptable fit to data, the authors propose a longer version (27-item long) and a shorter version (15-item long) of the Egalitarian Syndrome Scale. The initial validation of the scale suggests that the composite measure can be useful in a wide range of social science studies. For the first time, Županov’s claim that egalitarianism remains a persisting obstacle to the country’s socioeconomic development can be rigorously tested.