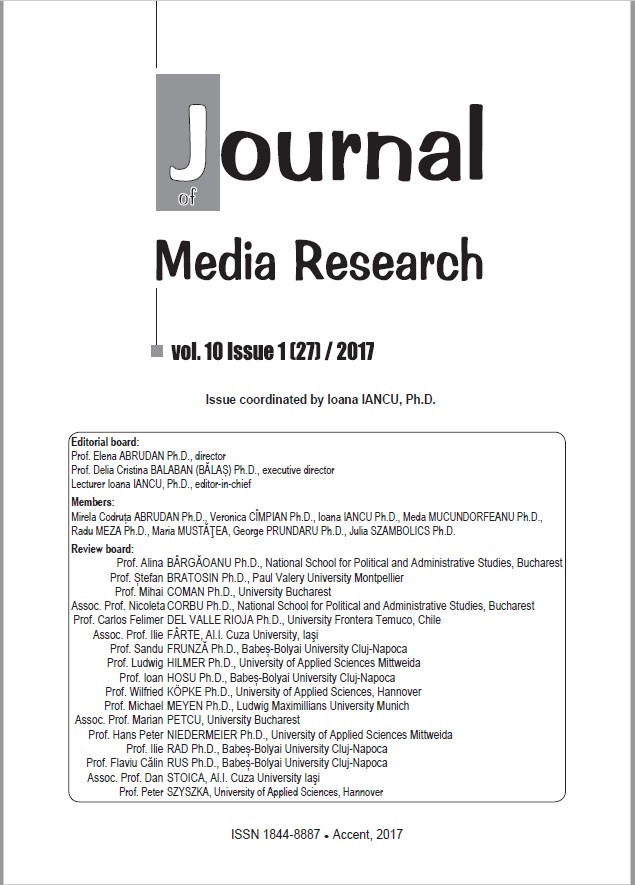 Summary/Abstract: This paper uses the Romanian Public Television as a case study to show that the strategies of promoting specific programs, media campaigns or celebrities through the new communication tools enabled by the digitalization, such as social media, significantly differ inside the company, either by department or by individual journalists. Depending on the manner they understand and accept the advantages of social media, different departments or individual journalists use the appropriate promotion strategies for their programs and media products. The author chose to employ qualitative methods, such as content analysis and semistructured interviews with journalists from different departments of the Romanian Public Television, in order to illustrate the differences as well as the mutual elements in the organizational culture of the media company. The fragmented organizational culture is the theoretical framework that supports this analysis, as it illustrates the difference of values and attitudes towards social media and the new promotion technologies.