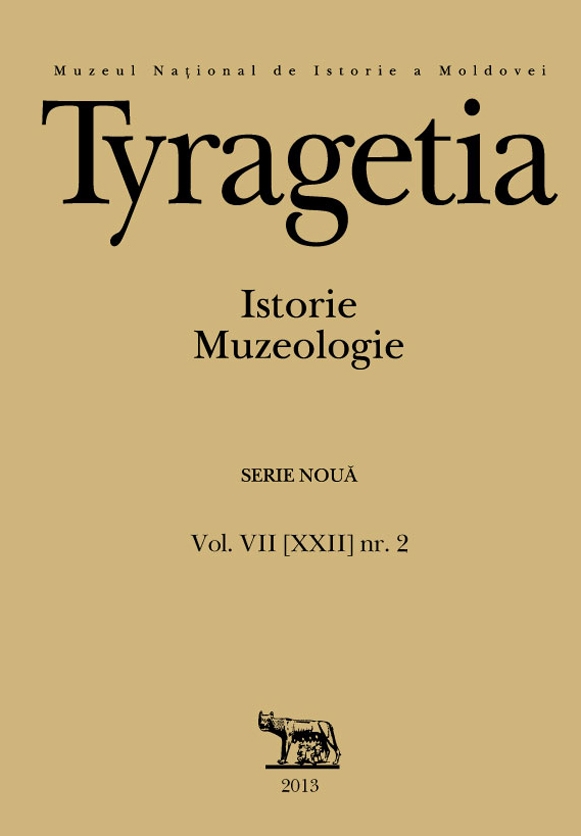 Summary/Abstract: Collections of postcards are a chronicle in images that captivate us with variety of topics, the study of which can extract from the darkness of oblivion different scenes of everyday life in certain historical periods. In this sense, interesting is a postcard from the museum collection, which depicts Cafe Man'kov - a place where more than a century ago the Chişinău cream of society loved spending time. The history of this coffee house is associated with the name of A.I. Man'kov, a prosperous businessman of the second half of 19th - early 20th centuries. Initially, in the 1880s, it was located in the building of the Diocesan House (the Alexandrovskaia Street), where A. Man'kov rented premises, and since 1901 it has moved into the Schwartzman's House (the Pushkinskaia Street), a rented space as well. In 1905, the cafe was opened in a specially built building in Fountain Lane (between the Sinadinovskaia and Pushkinskaia Streets) known as Cafe Man'kov, with an interesting architecture, "European" interior, and tastefully furnished terraces. Cafe Man'kov was one of the first buildings in Chişinău which was electrified (1907). It soon became a favorite place of leisure for Chişinău dwellers, where one could drink tea or coffee with Swiss chocolate, enjoy a delicious cake, as well as have lunch or dinner. The cafe existed until 1934, when A. Man'kov died at the age of 92 years. In Soviet times, the building was demolished, and now in its place there is the Press House (the area between the streets of Pushkin and Vlaicu Pârcălab).