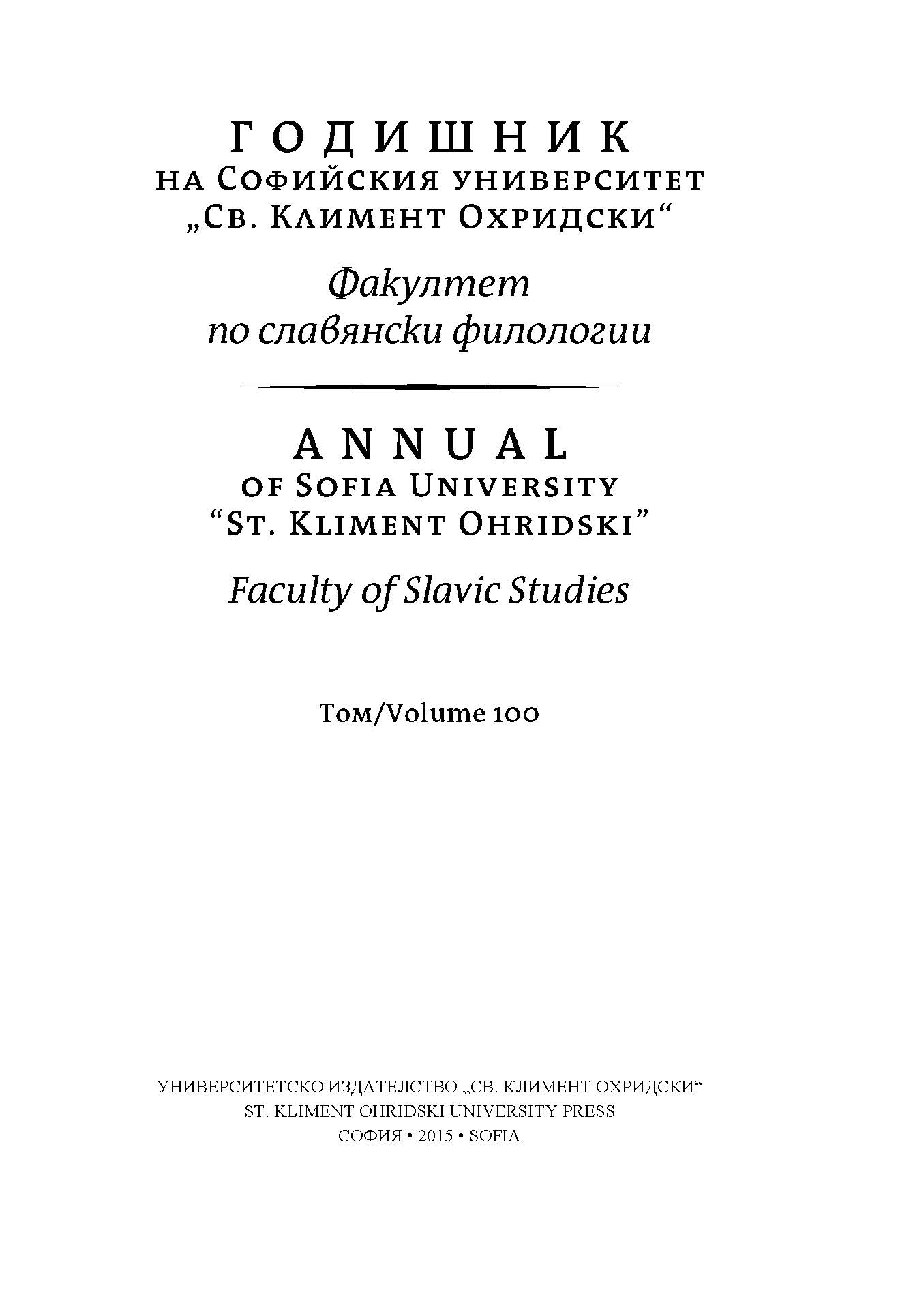 Summary/Abstract: The following text aims to explore in a comparative aspect the similar plots in the fairy tale literary works of Bozhana Nemtsova and Angel Karaliychev. The focus of the study is put on the magical and novelistic fairy tales of both the authors. The folklore fairy tale is viewed as a basis of the fairy tale model, with attention paid to the different variations in the works of the authors. The parallel comparison of Nemtsova’s and Karaliychev’s separate literary works aims to come to certain conclusions and establish certain regularities following what is known and familiar and spotting the deviations from it. In this process an attempt is made to reveal the structure and way of functioning of the folklore fairy tale model, as well as the place of this literature in the culture of the two Slavic countries.