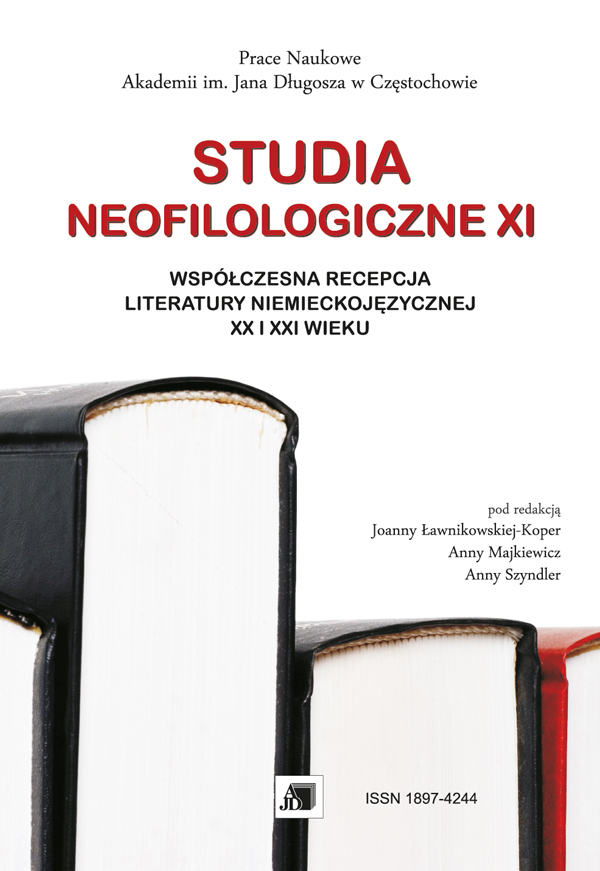 Summary/Abstract: The article begins with the author’s description of the Polish reception of Joseph Roth and his work from the nineteen-thirties onward. The beginning of the article also shows how, through intensified contact between Austrian and Polish scholars of Austrian literature, both discussion about Galicia and the work of Joseph Roth evolved into important topics of common scientific discourse. Additionally, the issues connected with this development are analysed, such as: the Polish motifs in the works of Roth along with his biographical connections to Poland; his literary relations to Polish writers (Bruno Schulz, Julian Stryjkowski, and Józef Wittlin); the problem of the lost Galician homeland (in German: “Heimat”), and finally, the retrospective utopian image of the no longer existent Austro-Hungarian monarchy. It is against this background that the three translations – by Ireneusz Maślarz, Tadeusz Zawierucha and Stefan H. Kaszyński – of Roth’s short story, Die Büste des Kaisers, are analysed primari-ly in regards to the question as to whether or not the particular academic discourse could have influ-enced translation practice, and if so, to what extent. It is observed that the translation by Kaszyński especially shows that it has significant links to the discourse. Notably, along with being a translator, Kaszyński is one of the most active Polish scholars writing about both Galicia and Roth.