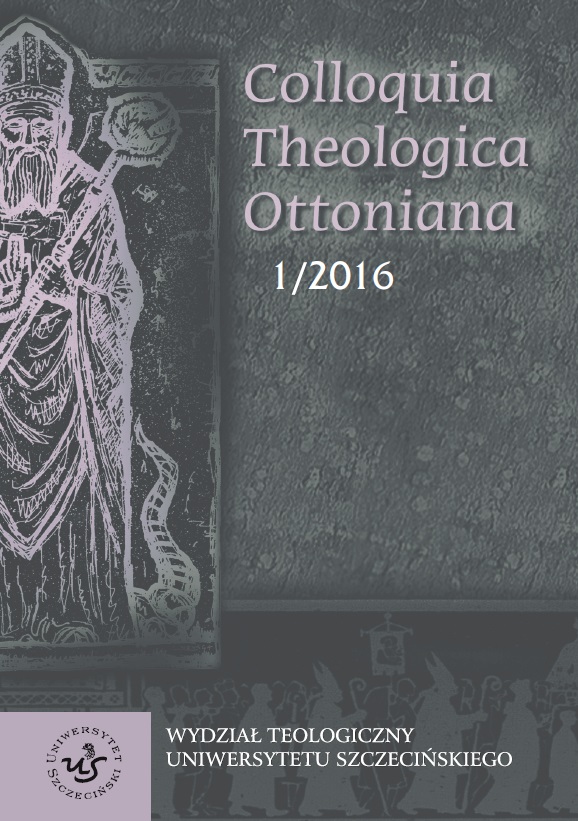 „Odnowienie wszystkiego” według Dziejów Apostolskich (Dz 3,21a)
„Renewing everything” by the book of Acts (Acts 3,21a)

Summary/Abstract: In the tradition of interpretive book of Acts term apokatastasis caused a centuriesold controversy. The discussion relates primarily to a proper understanding of the concept. Luke’s statement suggests that Jesus is to remain in the sky for some time, “until the time when everything will be renewed” (Acts 3:21). It seems that the Evangelist says at this point the doctrine of universal salvation of all without exception, and the idea of returning to the original source of all things, to God. The article is an attempt to find the source from which Luke took the idea apocatastasis. There is no doubt that it was borrowed by the author. As a source of reference is the entire legacy of apocalyptic literature of the Old Testament, as well as other writings of Jewish literature. Such works as the fourth Ezra, the Syrian Apocalypse of Baruch or Ethiopian Book of Enoch evoke in its content topics similar to the concept of apocatastasis. It seems, however, that the nearest in meaning is recognition of the Old Testament with the concept of the second coming of Elijah. For Luke, Jesus come from heaven to fulfill prophecy and the end of the whole history of salvation.

"Ja przez Prawo umarłem dla Prawa" (Ga 2,19a). Śmierć "dla Prawa" jako element nawrócenia/powołania Pawła Apostoła “For I Through the Law Am Dead to the Law” (GA 2:19A). Death “For the Law” as an Element of the Conversion/ Vocation of Paul the Apostle 2019
2021 © CEEOL. ALL Rights Reserved. Privacy Policy | Terms & Conditions of use
ICB - InterConsult Bulgaria ver.1.7.1015