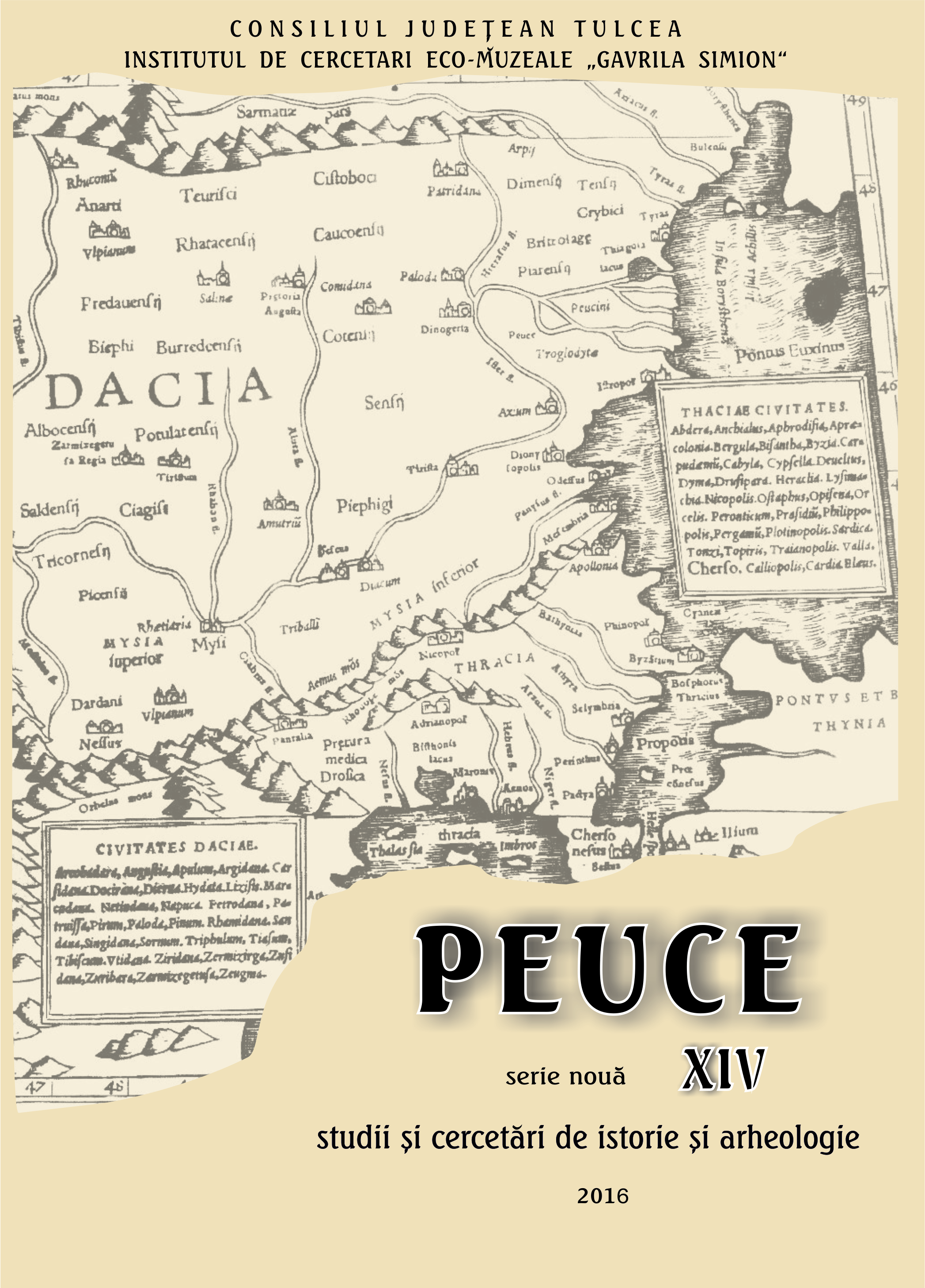 Summary/Abstract: Noviodunum fortress, identified approx 2 km NW of the town of Isaccea, on the Danube’s left bank, became a landmark for the Roman and Roman-Byzantine period, due to both numerous historic sources and to archaeological finds that drew the picture of its evolution over time. Over 20 inscriptions in stone, stamped bricks and shingle document the presence in the garrison of troops from Classis Flavia Moesica, Legio V Macedonica, Legio XI Claudia and Legio I Iovia Scythica. Since the time of the Severan dynasty, Noviodunum was awarded the title of municipium. The systematic excavations started in the ‘50s partially revealed the northern structures on Danube’s bank and the tumular necropolis. Intensified surveys after 1995, under a project initiated by ICEM Tulcea, focused on some parts of the southern structures and the civilian settlement where funeral crypts and pottery kilns were unearthed. In 2014, rescue survey was conducted in the area of the civilian settlement, located approx 500 m SW of the fortress, over an area of 6000 sq m, where the new headquarters of Isaccea Border Police was designed to be built. The preliminary survey and the rescue excavations brought to light three intact archetypes, five moulds, and several complete or fragmented lamps made with the respective moulds. In only one case the three stages in the making of a lamp are documented: from archetype to mould and finished product. The workshop using the archetypes and moulds probably produced only for the communities in the vicinity, as none of the shapes has been found, so far, at Noviodunum. By context, the artifacts date to the 2nd-4th century AD. The finds are convincing proof of lamp production at Noviodunum and contribute with concrete information regarding the production process of one of the most popular forms of pottery in ancient times.